Pakistan: According to reports, dozens of bodies are rotting in the room built on the roof of Nishtar Hospital. 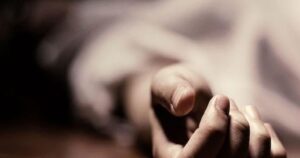 At least 200 rotting corpses were found on the roof of a hospital in Pakistan’s Multan city on Friday.

As per social media, hundreds of human body parts have been recovered from the roof of Nishtar Hospital’s mortuary in Multan after which the government decided to probe the incident, reported Geo News.

According to sources, dozens of bodies are rotting in the room built on the roof of Nishtar Hospital. On the other hand, according to the news circulating on social media, hundreds of human body parts have been recovered from the roof.

No confirmation or denial has been given yet, however, by any government official over the number of bodies.

Advisor to Chief Minister, Punjab, Tariq Zaman Gujjar said a whistleblower tipped him off about the rotting bodies on the roof of the mortuary at Nishtar Hospital, reported Geo News.

“I was on a visit in Nishtar Hospital when a man approached me and said if you want to do a good deed then go the morgue and check it out,” Gujjar said.

He said when he reached there the staff wasn’t ready to open the doors of the mortuary. “To this, I said if you don’t open it right now, I am going to file an FIR against you,” Gujjar added.

He said when the morgue was finally opened and they stepped in only to find at least 200 bodies lying around. “All the decomposing bodies [of both men and women] were bare. Even women’s bodies weren’t covered.”

Gujjar said when he asked them (doctors) to explain what was going on they said these were used by the medical students for educational purposes.

“Do you sell these bodies? I asked the mortuary authorities.”

Gujjar said he asked doctors to explain the incident and in response, they said it was not what it looked like as these were used by the medical students for educational purposes, reported Geo News.

“Two of the bodies on the roof were rather in the early stages of decomposition. Maggots were all over them,” Gujjar said.

He said he had never seen anything like it in his 50 years of life.

“Vultures and worms were scavenging on the corpses on the roof. Our tally showed there were at least 35 bodies on the rooftop of the mortuary.”

“The bodies after being used for medical education purposes should have been given a proper burial after Namaz-e-Janaza, but they were thrown on the roof,” Gujjar said.

The Punjab government formed a six-member committee to investigate the incident after the bodies were discovered and videos and pictures were shared on the internet.

Moreover, Nishtar Medical University’s vice-chancellor has also formed a three-member committee for an inquiry into the incident.

A letter dated October 13, 2022, was also sent to the medical superintendent of the hospital, asking for a detailed inquiry report within three days, reported Geo News.