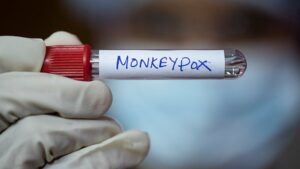 The study recently published in the Journal of Medical Virology has noted that the detection of monkeypox cases in Delhi without travel history to affected areas suggests the undetected circulation of the virus in the community.

A new report has described five cases of human monkeypox infection detected in New Delhi without any international travel history, suggesting under-diagnosed monkeypox infection in the community. Researchers from Maulana Azad Medical College in New Delhi, Indian Council of Medical Research – National Institute of Virology in Pune and AIIMS, New Delhi have emphasised the need for active surveillance of monkeypox virus (MPXV) in the high‐risk population such as men having sex with men and female sex workers.

On July 14, this year, India reported its first human monkeypox case from Kerala. Since then, 20 confirmed cases of monkeypox have been identified from Kerala (6) and New Delhi (14) till October 13, 2022. The study, published in the Journal of Medical Virology in October, noted that the cases observed in Kerala had well-defined epidemiological linkage, with international travel history and contact with suspected cases. The detection of monkeypox cases in Delhi without a travel history to endemic or affected areas suggests the undetected circulation of MPXV in the community.

“The confirmed monkeypox cases from New Delhi have no travel history to monkeypox endemic or current outbreak areas,” researchers said further adding that monkeypox cases were mild and recovered completely. “This emphasizes the significance of timely clinical and laboratory diagnosis for early detection and patient management leading to recovery without secondary complications,” lead author Dr Vineet Relhan from Maulana Azad Medical College has said in the report.

According to the report, the clinical specimens of confirmed five MPXV cases from New Delhi were referred to the Biosafety level‐4 facility of the Indian Council of Medical Research‐National Institute of Virology, Pune. Study researchers followed the cases until the lesions were healed and the scabs fell off. According to the report of the five cases, three were male and two female with an average age of 31 years and presented with mild to moderate grade intermittent fever with myalgia. The lesions were most commonly observed on the genitals, groins, lower limbs, trunk and upper limbs. The oral lesions were painful and showed ulceration. The skin lesion severity score for all the cases was moderate.

“They were immunocompetent with no comorbidities, and had shown good clinical recovery without the administration of any antivirals,” Dr Pragya Yadav, senior scientist and one of the researchers at ICMR-NIV said. Two cases denied in‐depth details of any sexual contact and, according to researchers, this was primarily due to the stigma associated with the disease. This necessitates the counselling of monkeypox‐positive cases to alleviate the fear, stigma, anxiety, stress, and depression associated with the infection, said researchers Rima Sahay, Anita Shete and others.

It has been observed and reported that transmission of MPXV through MSMs (men having sex with men) was the major reason for the monkeypox outbreak in 2022. Hence, intensified surveillance involving MSM/female sex workers/bisexual community would be needed to understand the transmission, the researchers said. The study has shown that enhanced awareness is required amongst healthcare workers, specifically those working in STI (sexually transmitted infections) clinics for understanding the newer presentations of the monkeypox infection.

Monkeypox virus is an emerging orthopoxvirus causing infection in humans post‐smallpox eradication. Since May 2022, a multi-country outbreak of monkeypox has been observed affecting all six World Health Organization (WHO) regions. A total of 73,288 cases from 109 locations were found to be affected by MPXV till October 14, 2022, according to the report.