According to the report, the iPhone 14 has made over six emergency calls in Kings Island amusement park in the last one month. 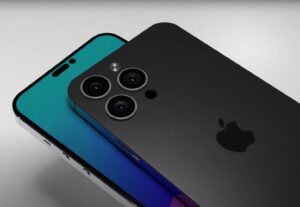 Last month, Apple unveiled the iPhone 14 during its ‘Far Out’ event and introduced a number of new features like Crash Detection. In case you are unaware, the Crash Detection feature is turned on by default and will alert the authorities if you are involved in a car accident or fall somewhere.

But according to a new report from The Wall Street Journal, the new feature is alerting 911 in the United States when the user rides a rollercoaster. The Crash Detection feature picks up on sudden braking, twists and turns and views them as an accident and alerts the authorities in the US.

Apple has also ported the feature to the new Watch Series 8, Watch SE and Watch Ultra. According to Apple, Crash Detection initiates an emergency phone call 20 seconds after it detects that the user is in a severe car crash.

Unless the user manually cancels the call, the iPhone will play an audio message to the authorities indicating you are hurt and share the longitudinal and latitudinal coordinates along with an approximate search radius. Also, Crash Detection won’t override your existing emergency call.

You can see that in the tweet shared below, WSJ reporter Joanna Stern’s iPhone 14 alerts the authorities while in the background, you will hear muffled screams as the rollercoaster continues. The report also suggests that Cincinnati’s Kings Island Amusement Park has received over six emergency calls as a result of the iPhone’s Crash Detection feature in the last month.

An Apple spokesperson has commented on the matter and said that the feature was developed by feeding it with over ‘a million hours of crash data, real-world driving and crash-test labs.’ He also went on to say that the Crash Detection feature provides peace of mind and that Apple will continue to improve it with time.

While Apple works on improving the feature, if you are going for a ride on a rollercoaster, we recommend you leave your phone with someone else or disable the Crash Detection feature or turn on Airplane mode.