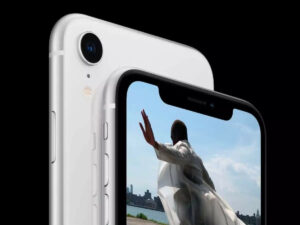 When it comes to smartphone technology, Apple is reckoned to offer unparalleled innovations to consumers. The Cupertino-based tech behemoth is known for coming out with some of the most unique and user-intuitive features on its smartphones each year. This year with the iPhone 14 series, Apple introduced features such as the powerful A16 Bionic chip, Dynamic Island, and satellite connectivity.

Now, all eyes are on the tech giant’s next set of innovations. According to the latest reports, Apple is planning to introduce the fourth-generation of the iPhone SE with a 6.1-inch LCD and a notch cutout on the screen. The latest claim has been made by Display Supply Chain Consultants (DSCC) analyst Ross Young according to a report on MacRumours. Besides, new leaks also suggested that the device will sport a look similar to the iPhone XR.

Young has a track record of accurate predictions about Apple’s plans for its upcoming smartphones. The analyst told the tech portal that Apple is planning to unveil the new iPhone SE model in 2023 with the upgraded 6.1-inch display and a hole-shaped cutout that will feature the front camera.

The report also hinted at the possibility of Apple including the Dynamic Island on the iPhone SE 4 as they are being launched in 2024. Reportedly, all the devices that will be launched in that year may feature the Dynamic Island. However, Ross hasn’t revealed anything about the possibility of the inclusion of a TrueDepth camera to support the Face ID on the new iPhone SE devices.

The inclusion of a bigger display in a way rules out the deployment of capacitive Touch Id Home button which has been a mainstay on the iPhone SE series. However, numerous other reports have claimed that Apple is likely to add a Touch ID Side Button to the new iPhone SE much similar to the ones seen on iPad Mini and iPad Air.