The Apple Watch SE 2 is more for an “essential” smartwatch – like a pair of blue denim and a white shirt  – that will keep you in the Apple ecosystem and notify you of time on your wrist. 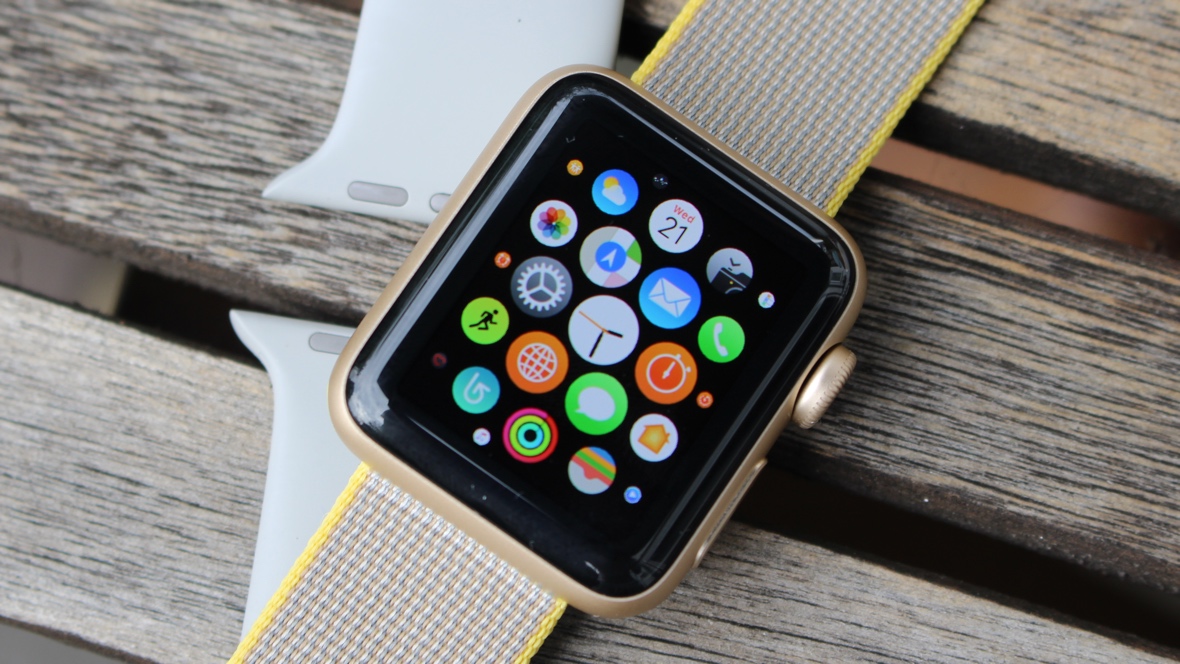 Recently I stepped out on a rainy Saturday to meet a friend. It was raining so heavily that pulling the phone out of my pocket was nearly impossible and the nearest metro station was a kilometre away. I lifted my wrist, asked Siri to dial my friend’s number and I spoke to him on my Apple Watch SE 2. That day I realised the true potential of the Apple Watch and what it can do in times of emergency. The second-generation Apple Watch SE may be a more affordable wearable but still has all the elements of an Apple Watch. So, what are you getting with Apple Watch SE 2 and what are you giving up when compared to the Apple Watch Series 8?

I have spent the last week with the Watch SE 2 and here’s what I have found.

A nearly identical design with new back

From the front, the new Apple Watch SE 2 looks nearly identical to its predecessor. It is still available in an aluminum finish and comes in 40 and 44mm options. Like before, there are both Wi-Fi as well as Cellular options.

The new watch has a familiar design, headlined by a Retina OLED display, a digital crown and a side button under it on the right and a speaker grill on the left. But when we flip it over to the back, there are subtle differences. The back has a new finish that closely matches the Apple Watch’s case. The Watch is available in silver, midnight, and starlight.

The new model still feels light and comfortable on my wrist and looks premium. And that’s a great thing with Apple and how it designs its products.

I think most people will be surprised at just how comfortable the Apple Watch is. I can comfortably wear them for a longer period of time, even while sleeping at night. The retail box includes the watch, a band and a standard magnetic charging puck. Fast charging is still reserved for the Series 8 and the new Ultra model.

I have been using the larger, 44mm version of the Apple Watch SE with cellular connectivity. The Retina OLED display gets plenty bright under sunlight and you can easily read and reply to WhatsApp messages or change the music without having to take the phone out of your pocket. In fact, the screen goes up to 1000 nits for direct sunlight viewing which is the same specs as the more expensive Series 8.

The screen on the Series 8 is a little larger but it really makes no difference. For sure, I will be using the on-screen QWERTY keyboard more to respond to texts on my Apple Watch but only in certain situations like when I am in a meeting or when my iPhone is not close by.

One big omission on the Apple Watch SE 2 is the lack of an always-on feature, which keeps the display active even when you are not looking at it. It doesn’t sound like a big deal but one glance at the Apple Watch and seeing the time on your wrist makes you realise you are wearing a watch. If you have worn the Series 5 or newer Apple Watch, you might start to question the logic behind the black inactive display on the Apple Watch SE. But then Apple is not gunning for such evolved users.

Slick performance, thanks to the latest S8 processor

It’s so interesting to see that Apple chose the brand new S8 processor, which also powers the Series 8. Apple says the new chip inside the Watch SE 2 is 20 per cent faster than the first-generation Watch SE. The upgrade in processing capability not only makes the SE 2 faster in day-to-day use but also adds to the longevity when it comes to getting timely software upgrades. If you are coming from a Series 3, you will immediately see performance improvements, especially when running a workout app or the weather app.

I know people who have returned their Apple Watches only because they didn’t get a long battery on Apple’s wearable. I have reviewed smartwatches that need to be charged every three to four days. Apple says the new Apple Watch SE 2 can last up to 18 hours during normal use, and it certainly can, depending on how much you are using it. This technically means “all-day battery life” in Apple’s language.

In my testing, the Apple Watch SE 2 lasted a full day, from 7:30 am to 11 am. I start my day doing a brisk walk with the workout app on the Apple Watch, I read notifications, and even take voice notes throughout the day. But not every day is the same for me, and the usage varies depending on what I am doing. If I am travelling, I use my Apple Watch more frequently to check things like weather or locations and that does take a hit on battery life pretty significantly.

The new low-power mode, however, is a lifesaver for me. It stretches the battery life by disabling automatic workout detection and background heart-rate measurements to preserve battery life. I don’t know about the Series 8 and how long its battery life lasts, but the SE 2 does seem to last a full day.

Activity tracking is great but SE 2 has fewer health features

The Apple Watch SE 2 and Series 8 have a lot in common but they are also different. Both watches can track different exercises including steps taken, running or cycling, measure sleep and measure heart rate and cardio fitness level. However, SE 2 lacks the ability to measure blood oxygen, and skin temperature readings or take an ECG (electrocardiogram). All three features are there on the Series 8. Fall detection, and Apple’s new crash detection – both also on the Series 8 – will be there on the SE 2 as well.

Despite the Apple Watch SE 2 not getting many ‘important’ health features, I think this wearable is still a great way to track your activity and measure your heart rate. I rarely use the ECG app on a Series 4. But those who want to use the Apple Watch as a pure health monitoring tool might look at the Series 8 as the watch to go for.

Again, it depends on how you want to use an Apple Watch. The Series 8’s temperature sensor might be useful for ladies as it provides retrospective ovulation estimates and improved period predictions. Not everybody needs temperature sensors on their smartwatch.

I want to make it very clear that not every Apple Watch user is the same. I find Siri a lot more useful on the Apple Watch, and I use it frequently to set reminders or dial a number. Similarly, I take voice notes on the Apple Watch when I am taking interviews and I find this feature handy.

That isn’t to say that I am using every feature present on the Apple Watch. I do track my sleep and find it useful though.

WatchOS 9 runs natively on Apple Watch SE 2, and it does change your experience for good. As usual, it features new watch faces and my favourite is a new typeface screen called Metropolitan. But beyond new watch faces, I like how you can create a customise workout for any workout type in the Workout app. It just adds more flexibility to work out how you want, and when you want.

A completely redesigned compass app is also a part of the Apple Watch SE 2. A new feature called Backtrack drops GPS markers along your way as you travel somewhere. For instance, if you get lost while exploring a forest, the watch can guide you from where you started using GPS so that you can safely reach the entry point. I briefly used this feature and I am definitely going to use it when I plan a trip to Jahanpanah City Forest.

Should you buy the Apple Watch SE 2?

Maybe even more compelling than Series 8. I am a little sceptical about the Series 8 at this point and I think Apple also has an idea about the longer prospects of keeping the Series 8 in the market.

The SE is more for an “essential” smartwatch – like a pair of blue denim and a white shirt  – that will keep you in the Apple ecosystem and notify you of time on your wrist. This is what Cupertino needs to make an Apple Watch a part of your daily life.