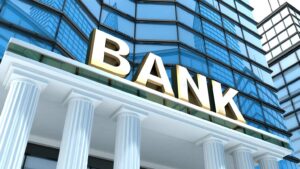 Banking Q2 Preview: Banks are expected to show healthy profitability for the July-September quarter as core income growth is powered by a jump in loan disbursals, and the initial benefits of a rising interest rate cycle boost margins. The sharp hike in policy rates by 190 basis points since May and its transmission will result in a higher net interest income (NII), and hence, a better net interest margin (NIM).

Analysts expect listed banks to report aggregate net profit growth of more than 40 per cent for the second quarter, led by a healthy 18-20 per cent growth in net interest income.

Gaurav Jani – Research Analyst, Prabhudas Lilladher Pvt Ltd, said: “We expect private banks could report NII growth of 21 per cent from the year earlier, as both NIM and credit growth could report an uptick quarter-on-quarter. Loan growth in line with the system can also be seen in public sector banks, while NII increase may stand higher at 15 per cent. In the second quarter, HDFC Bank saw 24 per cent year-on-year loan growth with retail growing 22 per cent, commercial-rural 32 per cent, and wholesale 26 per cent.”

The transmission of repo rate hikes has to be done for both loans and deposits. So far, lending rates have risen at a faster pace than deposit rates, giving banks a higher spread. It will help banks’ NIMs in Q2. However, with declining systemic liquidity and robust credit growth, garnering deposits will be important to fund the loan growth. So, to woo customers, deposit rates will have to be raised.

The loan mix will be key to the extent of benefits the banks get. Retail-loan-heavy balance sheets would reap higher benefits as corporate loans tend to be priced aggressively. Further, loan books linked to the external benchmark-linked rate (EBLR) have had full transmission of policy rate hikes compared to loans linked to the older marginal cost-based lending rate (MCLR) regime.

Banks having a larger share of EBLR loans may show margin expansion, analysts at ICICI Securities point out. HDFC Bank, IDFC First Bank and ICICI Bank have clear advantages here. State Bank of India (SBI) and IndusInd Bank have a larger share of MCLR loans. Spreads for private banks, which were already elevated, are likely to increase further in the near term, according to Kotak analysts. That said, their deposit growth and re-pricing would be key to differentiate between banks.

Asset quality, another crucial metric for the banking industry, is improving. According to Kotak Institutional Equities, asset quality should see further improvement with strong near-term commentary on the direction of non-performing loan ratios for FY23. For banks under its coverage, the brokerage expects net interest income (NII) growth to bounce back to 17 per cent y-o-y on the back of 15 per cent y-o-y loan growth.

That said, slippages from restructured and Emergency Credit Line Guarantee Scheme book will be among the key monitorables in Q2FY23. Also, given the recent movements in bond yields, the impact on banks’ treasury income needs to be tracked, too. All said, investors in banking stocks are bracing for strong Q2 earnings. This optimism is well captured in the Bank Nifty, which gained 7.5 per cent so far in FY23, while the Nifty 50 index is down 1 per cent.

See also  Deals Worth 7.5 Trn To Be Struck During Karnataka's Global Investors Meet