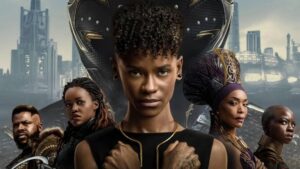 The first reactions to Marvel’s Black Panther Wakanda Forever call the film the franchise’s best since Avengers Endgame and quite cathartic and emotional.

Marvel Studios’ next tentpole film Black Panther: Wakanda Forever is set to hit the theatres in just over two weeks’ time. The film had its world premiere this Wednesday in the US where film stars, the film’s team, as well as select journalists watched the film. And while the review embargo is still on, the first reactions from those who watched the film are here, and they are unanimously positive.

Black Panther: Wakanda Forever is part of the Marvel Cinematic Universe and the direct sequel to 2018’s Black Panther. The difference here is that it features a new actor taking over the mantle of the superhero, following the death of Chadwick Boseman in 2020, who played the titular role in the first film. The story follows how Wakanda mourns the loss of T’Challa and faces a new threat in Namor.

The first reactions to the film indicate that it is likely to be one of the finest MCU films in recent times, with most critics labelling it everything from ‘fantastic’ to ‘powerful’. Sean O’Connell of Cinema Blend called it a cathartic film and called it, “an emotional movie about loss, legacy and healing. The story is intimate, but vast with global power struggles and palace intrigue. Tenoch Huerta’s Namor is a FORCE, better than I hoped.” Ashley Saunders of Comic Book Resources liked how the film honours Chadwick and T’Challa. “It’s EMOTIONAL, POWERFUL, & BEAUTIFUL. Tenoch is brilliant, immediately grabbing your attention. Welcome to the MCU Namor. Riri is fun w/ Peter Parker like energy. Action, Phase 4 tie-ins, & some surprises. Loved it,” she wrote.

Many critics went as far as to call it one of the best MCU films ever. Samuel Leggett Jr of Critics Choice tweeted, “WakandaForever is easily the best Marvel film since Avengers: Endgame. The scope, the camera work, the acting, and the raw emotions on and off screen can be felt throughout! This is the Marvel I’ve missed! I had one word in my heart all night; “WOW…'”

There was equal amount of praise for the film’s villain–Namor, played by Mexican actor Tenoch Huerta. Both the actor and the character are making their MCU debut with Wakanda Forever. “The intro of Namor was incredible, the story bittersweet and packed with emotionally charged twists,” wrote Travis Hospon from Punch Drunk Critics. Black Panther Wakanda Forever is directed by Ryan Coogler and stars Angela Bassett, Letitia Wright, Winston Duke, Danai Gurira, Lupita Nyong’o, Martin Freeman, apart from Tenoch. The film releases in theatres on November 11.