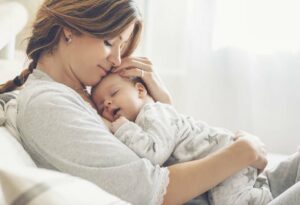 “In addition to being good for your child’s health, continuing to breastfeed above the age of six months increases your protection against breast and ovarian cancer,” says a doctor

Breast cancer is said to be one of the most aggressive forms of cancer that affects many women around the world. Owing to little awareness about its signs and symptoms, treatment options, etc., its progress is rapid. But, conversations surrounding breast cancer and its prevention happens in tandem with breastfeeding.

Breastfeeding is understood to be extremely healthy for the newborn baby, who is exclusively fed mother’s milk for a few months after the birth so as to build immunity. The milk keeps the baby fed and hydrated and protects them from various diseases.

Doctors, however, have often suggested that breastfeeding can help prevent breast cancer, too. According to Dr Tushar Parikh, consultant neonatologist and pediatrician, Motherhood Hospital, Kharadi, Pune — who cites a research done on this — breastfeeding reduces a mother’s chance of developing pre- and post-menopausal breast cancer.

“Additionally, continuing to breastfeed past the advised six months might offer added security. During lactation, the majority of breastfeeding mothers have hormonal changes that postpone their menstrual cycles. In the long run, this lessens a woman’s exposure to hormones like oestrogen, which can encourage the formation of breast cancer cells,” says the doctor.

How is breastfeeding for at least six months beneficial?

Dr Parikh explains that there are no additional liquids, foods, or beverages given to your infant, save breast milk. “Evidence suggests that after six months and beyond, the health advantages and your reduced chance of developing cancer become meaningful. Additionally, breast milk gives your baby all the nutrition and energy they require at this stage of development.”

The doctor adds that breast milk meets at least half of your child’s nutritional needs after six months, and one may gradually introduce things like fruits, veggies, and baby cereal after that.

“You should keep breastfeeding, though. In addition to being good for your child’s health, continuing to breastfeed above the age of six months increases your protection against breast and ovarian cancer.”

Dr Parikh adds that breastfeeding protects your child from cancer, too, since “there are no other liquids, foods, or consumables given to your infant”; the milk gives your baby all the nutrition they need to grow strong and stay healthy. 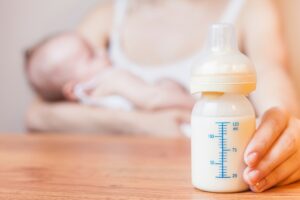 But, what if someone cannot breast-feed?

“Never worry about it; don’t forget, adopting healthy living choices is probably the single most effective approach to reducing your chance of developing cancer. It includes things like smoking, eating a lot of fried food and red meat, consuming excessive amounts of alcohol, and not exercising. Exercise and a balanced diet are just as effective at lowering breast cancer risk as breastfeeding. If you can, breastfeed; if not, don’t worry too much,” he says.

The doctor concludes by saying that while breastfeeding is “highly advantageous”, there are other considerations as well. After menopause, for instance, having excess body fat and being overweight may increase chances of breast cancer.

“It is crucial to be aware that alcohol use increases the risk of pre- and post-menopausal breast cancer whereas strenuous exercise significantly lowers that risk.”