BTS’s music company HYBE has confirmed that all seven members of the band will serve in the military as is mandatory for all in South Korea. 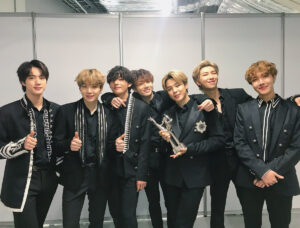 HYBE has confirmed that all members of hit band BTS will join military service. In a statement, the music company said Jin will begin his process as early as October end. Others will join as as and when they are asked.

BIGHIT MUSIC is proud to announce today that the members of BTS are currently moving forward with plans to fulfill their military service. After the phenomenal concert to support Busan’s bid for the World Expo 2030, and as each individual embarks on solo endeavors, it’s the perfect time and the members of BTS are honored to serve.

Since the creation of BTS over ten years ago, the band has risen to international success, broken records, and catapulted K-Pop into the global stratosphere. BIGHIT MUSIC has focused to the milestone moment when it would be possible to respect the needs of the country and for these healthy young men to serve with their countrymen, and that’s now. Group member Jin will initiate the process as soon as his schedule for his solo release is concluded at the end of October. He will then follow the enlistment procedure of the Korean government. Other members of the group plan to carry out their military service based on their own individual plans. Both the company and the members of BTS are looking forward to reconvening as a group again around 2025 following their service commitment.

With the release of their first anthology album earlier this year it opened the path to allow the members to take some time to explore individual projects. As part of the HYBE family, we support and encourage our artists and are beyond proud that they will each now have time to explore their unique interests and do their duty by being of service to the country they call home.

“Yet To Come (The Most Beautiful Moment)” is more than a track from their latest album, it is a promise, there’s much more yet to come in the years ahead from BTS.

Military service for BTS members has long been subject of debate. Some polls show a majority of South Koreans, not just the group’s dedicated fans who are known as Army, think the group’s members should be allowed exemptions from, or be offered some alternative to, military duties.

Military service exemptions, however, are controversial in a country where inequality and privilege are highly touchy subjects. All male citizens aged 18 to 28 are required to serve for about two years to guard against North Korea. Kim Seok-jin, BTS’ oldest member, is required to join the army after he turns 30 on Dec 4, and the second-oldest member Min Yoon-ki is due to be enlisted in 2024 under a revised law.