An exhibition in Delhi shows you just how, with art forms from West Bengal given a contemporary edge 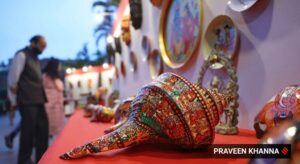 For Kolkata-based artist Sharmila Sen, the pandemic was a busy and demanding time. She had just wrapped her third exhibition at the India Habitat Centre (IHC), New Delhi, in March 2020, when the country came under a lockdown soon after. In the months that followed, Sen realised that the indigenous artisans of West Bengal had become penniless and, sometimes, went to bed hungry.

Having worked with many such craftspeople for over decade, including the conch-shell makers of Bankura and the Kalighat patachitra artists, she began conducting online workshops to support and enhance their skills. For instance, Kalighat patachitra paintings, one of the oldest forms of art in Bengal, which has moved away from traditional song and story-telling narratives, found its way into décor and furniture accents. In the open spaces of IHC, Sen presents such stories from the puranas in her exhibition “Art Beyond Tradition”. On display are masks of deities, mythological paintings, and folk art done on table cloths, mats, lamps and conch shells. The exhibition, which closes on October 18, was inaugurated by former Supreme Court judge Indira Banerjee, on Monday.

Sen, who spotlights such handicrafts, wants the audience to acknowledge traditional art practices so that they do not become obsolete. She uses the money generated from the sale of these items to support the artisans. “During Covid, I would send whatever money that I could arrange for them. Fortunately, the worst is behind us,” she says.

The collection at the exhibition includes not only wooden masks of Hindu deities such as Ganesha, Shiva and Durga but also of tribal warriors and tribal dancers. These masks, once worn during the traditional agricultural-and-religious Gambhira dance, are now a rarity. Then there are wooden tables, painted in the patachitra style that Sen had helped give a contemporary finish.

Most of the artisans who work on the Kalighat patachitra paintings, which depict Hindu gods and other mythological characters and folklore, says Sen, are Muslim. Many of them live in Pingla, Midnapur district, the hub of the patachitra tradition, which has been given the Unesco Intangible Cultural Heritage tag. For this exhibition, she worked with Chandan Chitrakar, from Naya, Pingla, while on the teakwood masks, she worked with Shankar Das. The exhibition also showcases lamps painted by artisans and intricate dokra figurines.

“I want the world to know that there’s no discrimination among us because what we do is just pure art. In fact, I have learned a lot about Hindu mythology from Muslim patachitra painters. In view of what is happening in the world, I think this is very significant because, in the field of art, there’s no discrimination. We work together,” says Sen, 53. Talking about her own collection of patachitra paintings, some that are more than a century-old, she adds, “Kalighat patachitra will soon become extinct, there are hardly any practitioners now.”

A painter and cartoonist, Sen began work among artisans in 2008. In her interactions with them, she began studying the rigour of the art form and felt that their work had to be recognised. “We spend a lot on art but don’t see what is in our own home. If you do, I am sure you will find gold,” says Sen.

Guru Nanak Jayanti 2022: Date, History And Significance; All You Need To Know About Gurupurab 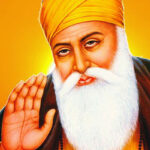 Guru Nanak Jayanti 2022: Date, History And Significance; All You Need To Know About Gurupurab 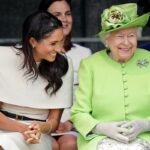