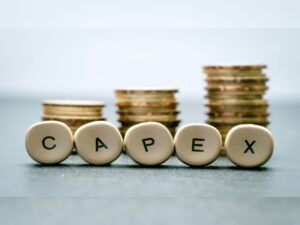 The Indian economy was bogged down by the pandemic, however, there has been a quick revival from the slump on the back of public investment, which has resulted in a rebound in gross fixed capital formation (GFCF) in FY22. The economy may grow at a higher rate in the longer term if capital expenditure comes in with its strong multiplier effect, according to CareEdge. At 60%, consumption is the major contributor to India’s GDP. However, at the current juncture, this can only offer short-term boosts to the economy. In order to achieve a high growth trajectory, the government’s strong capex push should help as it will provide an upswing in the investment cycle with its strong multiplier effect.

“The centre’s strong capex push should help in an upswing of the investment cycle in the economy. The state governments have also budgeted for a strong capex growth in FY23. While the capex by the state governments is weak so far, it could improve in the coming months with the disbursements of interest-free loans by the Centre,” said Rajani Sinha, Chief Economist, CareEdge. As far as the private sector is concerned, there has been deleveraging in the last few years. “Now with the capacity utilisation level exceeding 75%, the ground is set for pick up in the investment cycle. The easing of commodity prices and inflation is another factor supportive of a pick-up in the investment cycle. The most critical aspect now would be the sustenance of demand recovery that we are witnessing,” Sinha added.

It must be noted that for FY23, the central government has budgeted for a strong capex growth of 25% to Rs 7.5 lakh crore, and it has already achieved 27.8% (Rs 2.1 lakh crore) of the capex target in the first four months (April-July) of the current fiscal. Overall, the Centre’s capex rose by 62.5% year-on-year in the April-July period of the current fiscal, with roads and highways, railways and defence being the top three investment areas. However, the share of defence in total spending has come down over the years while that of roads and railways has increased, according to the CareEdge report. In the April-July period, capital spending on railways, roads, and highways jumped by 102.7% and 66.8%, respectively. Both these sectors accounted for more than 60% of the total capital spending by the central government.

Analysts at CareEdge expect government schemes such as the National Monetisation Pipeline (NMP), Gati Shakti, and PLI to help in the recovery of the capex cycle in the economy. The Centre’s capital expenditure so far is encouraging, and the state governments have also budgeted for a strong capex, with the aggregate budgeted capex for 21 states at Rs 6 lakh crore, 39% higher than last year. “Though the capex by state governments has been slow to pick up the pace, the disbursement of interest-free loans by the Central Government should aid in the rebound of the capex cycle by the state governments in the months to come,” CareEdge said.

According to the report, the capex revival by India Inc. is skewed with some sectors and big players bringing the chunk of the investment, while the small and mid-sized players are still hesitant in midst of all the economic uncertainties. “With capacity utilisation levels improving, we are likely to see increased participation from the other smaller players. The critical aspect will be the maintenance of the demand momentum,” the report said adding that global slowdown, volatile commodity prices and tightening of financial conditions would be a dampener for investment sentiments.