Social media was abuzz with rumours of a possible coup in China against President Xi Jinping. Here’s how the rumour originated and how it spread. 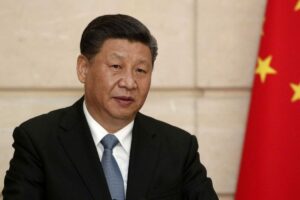 The hashtag “ChinaCoup” was one of the biggest stories last week. We at India Today broke it down in parts as to how baseless rumours ruled the charts across social media sites concerning Xi Jinping’s supposed house arrest to clearance of airspace across Beijing to what not. In part two of the story, we delve into the origination of the trends and how the story received a worldwide focus.

This is a typical case of how social media and the internet can aid in spreading fake news or disinformation, creating global waves. Practically speaking, a military coup in China will turn the world upside down. The markets will crash. Geopolitical alignments will change. Diplomatic missions will be working 24×7. It will bring political turmoil within China. We saw high-profile accounts on social media sharing. False, unverified information with utmost conviction. This even included “Pulitzer Prize” winners!

It also tells you, unlike other countries, China is opaque. While it may take a max of a few hours to verify a covert military coup in another part of the world, the China coup rumours practically went around for two full days before it was scuttled.

How did the rumours begin?

Multiple observers, including Drew Thompson, who is a former Department of Defense official responsible for China, Taiwan and Mongolia and is now based in Singapore, traced the origination of the rumour to one Zhao Lanjian (not to be confused with Zhao Lijian, who is the Deputy Director of the Chinese Ministry of Foreign Affairs Information Department).

Zhao Lanjian is supposed to be based in New York and regularly contributes articles to the New Tang Dynasty TV. It is important to note that the New Tang Dynasty network was founded in 2001 by the adherents of the Falun Gong new religious movement with its base in New York. They routinely critique abuses of power by the Chinese Communist Party.

Naturally, this was then picked up by the New Tang Dynasty TV and soon became trending. Adding credence to this, multiple, highly followed Chinese observers, including YouTuber Jennifer Zeng, added other pieces of information, like the empty airspace over China and the movement of military vehicles etc (refer to part 1 of this story) to make this sound credible. One of the stories published by the New Tang Dynasty TV was about the disappearance of Xi Jinping and the rumours around his house arrest.

Aside from false reporting of the coup rumours, social media too played a huge role in spreading misinformation at lightning speed. Dr David Spencer, who is a communications lecturer at the University of Canberra shared his Gephi visualizations and findings of the tweet analysis and spoke exclusively to India Today.

He analysed close to 100k tweets, over 48 hours from 50K Twitter handles and identified the prominent accounts which were discussing this topic.

“The most important factor that made this an interesting example of the spread of unsubstantiated rumour was that although some reported false events as facts, many of the tweets contributed to the spread, intentionally or not, didn’t make outright false claims. Instead, the claims were couched as speculation – saying this is rumored to be happening, or that it’s unclear what’s going on. Nonetheless, these tweets spread the rumours further. The false narrative travelled as much by doubt and speculation as by overtly false claims. Of course, where this is deliberate, it provides plausible deniability that anyone is intending to seed social media with false reports.”

“Jennifer Zeng, who posted the first tweet on this rumour, is a relatively prominent Youtuber in addition to having a following on Twitter. She writes regularly for Epoch Times, a significant force in global media explicitly critical of China’s government – it’s arguably that publication’s raison d’être. Epoch Times was also an early contributor to the dissemination of the rumour on Twitter,” he added.

Atandra Ray (an OSINT) also carried out similar investigations into the Twitter trends and feels given the India-China border disputes, “a lot of accounts originating from India contributed to the amplifying of the Coup Rumour tweets”.

There were also other handles from across the globe which just used the #ChinaCoup hashtags to amplify their tweets on a different topic. These are just tweets which try to amplify their impressions using the trending hashtags.

Is China an enigma?

Coming back to the point we made at the top of China being an opaque land with respect to its political and military structure, it cannot be disputed that Xi Jinping is facing a lot of Anti-Incumbency and is facing some pressure from his fellow party men. While he was out resting or quarantining himself after the SCO summit, his disappearance from the public eye just for a few days brought a whole suite of rumour mongering.

A British journalist who works in Beijing spoke out of anonymity saying it is more likely that Xi Jinping will face pressures from within his own party and the group of ministers, rather than face a coup from the military. The CCP remains strong as ever when it comes to politics, and it is just the top leadership that may face resistance from the others.

It is very much the actual o ground situation, captured ever so well by Ankit Kumar for India Today on how Xi Jinping controls his party and the army and why it is virtually impossible to stage a coup against the top leader.