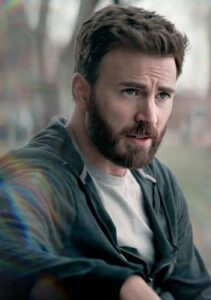 Chris Evans has been named People magazine’s Sexiest Man Alive. He is best known for playing Captain America in Marvel films and was last seen in The Gray Man.

Chris Evans, best known for playing Captain America on screen, has been named the Sexiest Man Alive this year by People magazine. The actor was recently seen in Russo Brothers’ The Gray Man. The actors says his mother would be happy on the announcement but he can be bullied among friends for the same.

Chris was last seen as sociopathic ex-CIA agent and mercenary Lloyd Hansen in The Gray Man. He also voiced the titular character of Buzz Lightyear in animated science-fiction film, Lightyear.

Reacting on being named 2022’s Sexiest Man Alive by People, he told the magazine, “My mom will be so happy. She’s proud of everything I do but this is something she can really brag about.”

But he was quick to add that his close friends may make fun of him over the title. “Really this will just be a point of bullying. It’s ripe for harassment,” he said.

The actor has also expressed his aspirations of taking time off acting and embracing marriage and fatherhood. He said, “That’s absolutely something I want. Some things you want just for you, or just for my family and my friends. The most enjoyable aspect of my career right now is feeling secure enough to take my foot off the gas. I feel like I have a bit more freedom to take time away from the industry and still find projects that will satisfy my creative appetite when I return.” He is currently a dog parent to Dodger, which he adopted from a local shelter.

Soon after, Chris Evans shared his reaction on bagging the title during his appearance in a video shown on The Late Show with Stephen Colbert. Host Stephan first made fun of how last year’s winner had Paul Rudd was chosen after hilarious scientific research. He then went to show a video message from Chris after he bagged the title this year. The video showed Dwayne Johnson interacting with him after the win. He made Chris understand how he deserves to share the title with him since he was earlier chosen as the sexiest man alive and has not given up the title. Chris agreed. On being asked to give a sexy message, Chris said, “go vote tomorrow”.

Chris has come a long way from starring in his first television series, titled Opposite Sex in 2000, to portraying Steve Rogers/Captain America, who was labeled as ‘America’s Ass’ in 2019 Marvel film, Avengers: Endgame. He was pitted against Ryan Gosling in The Gray Man.