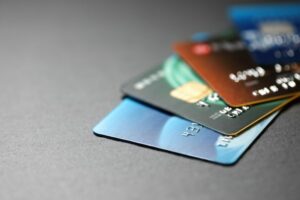 Credit card issuers saw significant erosion of their card base during the July-September quarter as the Reserve Bank of India’s (RBI) norms mandated deactivation of cards that have been inactive for a year.

The second quarter of the current financial year saw outstanding cards-in-force decline by 2.55 million to 77.7 million.

Prior to this, the industry, on an average, was witnessing a net addition of over 1.5 million credit cards a month as players became aggressive on the unsecured lending business after the pandemic.

In April this year, the RBI came out with a master direction on credit and debit card issuance.

It said if a credit card has not been used for more than one year, the process to close the card should be initiated after intimating the cardholder.

Subsequently, information regarding closure of the card account has to be updated with the Credit Information Company within a period of 30 days.

HDFC Bank, the largest credit card issuer in the country, saw a net reduction of 1.62 million credit cards in Q2 of FY23, the highest by any card issuer.

Its cards-in-force dropped to 16.32 million at the end of September from a high of almost 18 million in July.

“We have issued 1.2 million cards during the quarter. Total card base is now 16.3 million. During the quarter, we also closed 2.4 million cards, which have been inactive for a period of time,” said Srinivasan Vaidyanathan, chief financial officer (CFO), HDFC Bank, in a post earnings call with analysts.

Axis Bank was second in the pecking order as it saw a net reduction of over 1.10 million credit cards during this period. This resulted in outstanding credits dropping to 8.82 million from almost 10 million in July.

SBI Card, however, gained during this period as it saw a net addition of 293,368 cards in Q2. The impact of RBI norms on the bank was limited because 95 per cent of its portfolio is dominated by fee-based cards.

The management said all the guidelines issued by the regulator are progressive and will further develop the credit card culture as well as the industry.

While the pecking order has remained the same, HDFC Bank’s market share has dropped to 21.01 per cent, down 133-basis points from Q1.

On the other hand, SBI Card has increased market share to 19.08 per cent, up 90 bps. ICICI Bank has seen a marginal dip in market share while Axis Bank’s market share is down 95 bps during the same period.

There is some moderation in outstanding credit cards in the market.

However, analysts believe incremental sourcing of cards by major players will continue to remain strong even as card additions will see some divergence as various issuers comply with the RBI norms.

Meanwhile, credit card spends have continued to be on an upward trajectory. They topped the Rs 1-trillion mark for six consecutive months. Spends touched a record high of Rs 1.22 trillion, buoyed by higher discretionary spendings during the festive season.