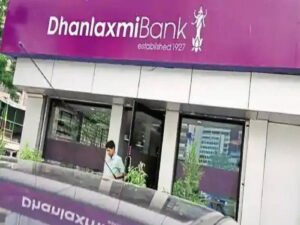 The board of Dhanlaxmi Bank on Wednesday decided to induct three independent directors and this opened the gates for its proposed rights issue. The issue was stuck since the bank did not have the requisite number of board members and also a women director.

The bank plans to raise Rs 128 crore through the rights issue to boost its capital adequacy ratio, which was 12.32 per cent as on end-September.

The shareholders and the management came to an agreement, which resulted in calling off the extraordinary general meeting (EGM) scheduled for Saturday.

Shareholders having more than 10 per cent stake in the company withdrew the special EGM notice, after the management agreed to the appointment of three new directors.

“A decision was taken to appoint three new directors as a compromise formula,” a source said.

The three new directors are KN Madhusoodhanan (holds around 1 per cent stake in the bank), Sreesankar Radhakrishnan (a financial consultant based out of Mumbai) and Nirmala Padmanabhan (a retired economics professor), the bank informed the exchanges.

The EGM was called by a group of nine shareholders, who hold a total of around 13 per cent in the bank. The group was led by RP Group head Ravindran Pillai, who holds a 9.99 per cent stake in the company.

Pillai was on the board of the bank till May 2020 when he turned 70. He claimed re-election after the Reserve Bank of India (RBI) raised the age limit of non-executive directors to 75 years in 2021.

According to the EGM notification, through one of the resolutions, shareholders had sought the suspension of delegated powers exercised by the MD and CEO. This was regarding “all capital and revenue expenditure except statutory payments like salaries and wages, central and state taxes.”

“EGM, scheduled to be held on November 12, is being cancelled, as requisitionists holding more than 10 per cent of equity shares in the bank have agreed to withdraw the special notice,” the bank said in a filing to the stock exchanges.

The appointment of new directors hit a roadblock in March after the high court stopped the bank from holding an annual general meeting (AGM) until legal issues are sorted. Now that the case has been withdrawn, the bank can hold its AGM.

The bank posted a three-fold rise in net profit during the second quarter of the financial year to Rs 15.89 crore against Rs 3.66 crore during the quarter ended September 2021.