If the exemption is not extended, exporters will have to pay GST of 18% on export ocean freight, which will increase the logistical costs for Indian goods in global market 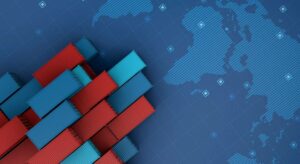 Led by the Federation of Indian Export Organizations (FIEO), India’s worried exporters have written to Finance Minister Nirmala Sitharaman requesting an extension of the previously-granted exemption from the Goods and Services Tax (GST) on export freight, reported ET Infra. They claimed that failure to grant the extension “will compound their liquidity challenges.”

Since its introduction in 2018, the government extended the exemption from GST on export freight twice. The most recent extension, which lasted for two years, concluded on September 30, 2022.

If the exemption is not extended for another term, exporters would be required to pay 18 per cent GST on export ocean freight, which will increase the logistical costs for Indian commodities on the international market.

In an email sent to FM Sitharaman on October 2, FIEO president Dr A Sakthivel informed her of the effects of withdrawing the exemption. He said in the email that the overseas freight has gone up by 300-350 per cent from pre-covid levels and though there is little correction in the freight rate recently, freights are still 200-250 per cent more than at 2019 levels.

He further explained in the email that it is therefore that the payment of GST on such high freight rates will affect the liquidity of the exporters to a large extent particularly as the interest rates have also increased with the recent hike by the Reserve Bank of India (RBI). The payment of GST on export freight and subsequent refund particularly through ITC mechanism comes with a time lag of 2-3 months or so, though refund through IGST mechanism is faster, he said.

“Such a move will affect our agriculture exports the most as in many cases of export of fruits and vegetables, the air freight, at times, is much higher than the freight on board (FOB) value of exports. Therefore, exporters would be required to pay a very high GST amount on such freight adversely impacting the cash flow,” he stated.

International trade, according to the FIEO president, is “entering a very difficult phase as countries are facing high inflation and impending recession affecting the demand”. He said that this has been revealed by India’s slowing export growth rate between April and August.

FIEO president pointed out that exporters in India are trying their best despite the rupee being one of the most resilient currencies in the world. Thus, not providing less competitiveness to our exports as compared to our competitors as most currencies have depreciated at a much steeper pace, he added.

Sakthivel claimed that because exporters will pay the same amount and then receive a refund, the GST on export freight is “revenue neutral.” While requesting the finance minister to extend the exemption for a further period to free the exporters from the hassle of securing additional funding, he stated, “This may augment the liquidity of the Government but at the cost of the exporters. Since the cost of credit for the exporters is much high, an exemption will help the export sector to have better liquidity, which is the need of the hour. An early decision will be very much appreciated by the exporting community which is passing through a difficult phase and is likely to become further difficult in months to come.”