It is quite evident that the US has decided to shore up Pakistan Army Chief Gen Bajwa and PM Shehbaz Sharif with military aid to ensure that Machiavellian and anti-America Imran Khan Niazi does not come to power again. 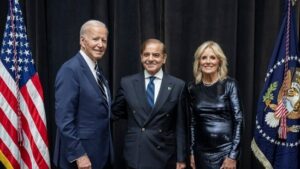 US ambassador to Pakistan Donald Blome today tweeted about this visit to Azad Jammu and Kashmir (AJK) in deference to his host country, which in fact is an occupied Indian territory.

The ouster of Machiavellian Imran Khan Niazi, who lives up to his reputation of swinging the ball both ways on April 10, the planned assassination of al Qaeda terrorist chief Ayman Al Zawahiri in heart of Kabul on July 31 and USD 450 million-dollar upgrade package for Pak F-16 fighters, clearly indicates that the relationship between Pentagon and Rawalpindi GHQ has been rekindled after a brief hiatus.

It is quite evident from the chain of events that the US wants to shore up the Shehbaz Sharif regime and Pakistan economically so that an opportunistic Imran Khan, who weaponised a diplomatic cipher into an anti-US campaign before his government was ousted, never comes back to power. The so-called diplomatic cipher has apparently gone missing from the prime minister’s office in Islamabad and perhaps is in the custody of the Pakistan Army Chief Gen Qamar Jawed Bajwa in Rawalpindi.

New Delhi has taken note of all these events and senior officials believe that the transactional relationship between US and major non-NATO ally has been kick-started again. And Pakistan’s proven ability to do a strategic U-turn, produce and expose a top terrorist from its tactical locker be it Ayman Al Zawahiri and its ability to play both China and US to its short-term advantage remains quite unmatched.

Unlike Pakistan, India under Narendra Modi with its civilization, culture, and history, stands up for its national interest be it on Ukraine war and global good like Climate Change. It is quite clear that Pakistan will use the F-16 upgrades including air-to-air missiles against India and not against any third country.

Fact is that the US transactional relationship with Pakistan pays off in the long run as it can sell top of the line weapons and life-cycle maintenance to Rawalpindi unlike India which wants full transfer of technology for any acquired hardware platform from America.

Given that Pakistan needs US help to secure a multi-billion IMF loan to repay Chinese debt incurred on white elephant projects at exorbitant interest rates, the US-Pak relationship will deepen in future with Islamabad asking no questions. The US defence assistance to Pakistan came at a time when Islamabad needed money for providing flood relief.

While India knows that US needs New Delhi and vice versa on Indo-Pacific to counter a belligerent China, it is also aware that America continues to look the other way when it comes to proscribed Khalistani SFJ organisation and its leader who spews venom against India just as Pakistanis continue to send terrorists to India to cause mayhem.

The same is the situation with US allies Canada and UK with the latter being the principal advisor to Washington on Af-Pak region with strong bias towards Pakistan. One must not forget that disastrous role played by UK Chief of Defence Staff Nick Carter in getting the Taliban regime installed and US forces unceremoniously kicked out of Kabul.

Although India and the US share a robust bilateral relationship with deep sharing of intelligence and mutually beneficial information and high end technology, the Indian diaspora is now wondering whether citizens of a friendly power must wait for over 800 days to get a US visa.

It is quite evident that the rise of India will not be benign and will be contested both by the West as much as by the East. India should be prepared to go solo.