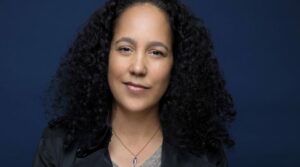 In an interview, Hollywood actor Gina Prince-Bythewood reveals the importance of making cinema harping on the power of sisterhood.

Hollywood actor Gina Prince-Bythewood is best remembered for romance drama, Love & Basketball, but she is now expanding her horizons and pick themes with cultural specificity. She says stories of people from other cultures opens the bridge for better understanding and learning.

The director, a former basketball star, filmography ranges from the romantic film Love & Basketball to the superhero movie The Old Guard to the reflecting reality on the celluloid with The Women King.

“I’m so excited to be able to tell the story of The Women King. For me, while working in Hollywood movies, (finding) characters who look like me are really hard to get made. Actually, it is very hard,” Prince-Bythewood tells us over a zoom call.

And that has set her on the path to change the narrative. “I feel cultural specificity is what makes a film special. It doesn’t make it any less universal. The themes are still there that we can all identify with from sisterhood to faith to love and loss. When it comes to me, I love watching films that deal with people from other cultures, because I feel like I’m learning (new things). And I feel like I’m being taken into worlds that I didn’t know about,” says the director, who picked Viola Davis and Thuso Mbedu to drive the historical story about the all-female army that defended West Africa’s Kingdom of Dahomey for centuries with The Woman King.

Here, she admits it she took a big challenge picking this project, and filming it when Omicron variant of corona took over the world.

“It was an incredibly tough shoot, from being away from home, telling the bigness of the story to shooting in the time of Omicron, which was certainly a challenge. But what absolutely got me through was the passion we had for telling the story,” she says.

Opening up about the need for stronger women on screen, the 53-year-old mentions, “As I got into the research, knowing these women were real, and they really did all have this, it was really inspiring for me”.

“I grew up an athletes. So that type of fire and fight is normal to me. But for so many women that type of thing is really… Women are told to be quieter and softer, and that energy is tamped down. I hope that people can look at this film and be inspired, especially in this time where it absolutely feels like women are under attack, our rights are under attack. If we can come together in an incredible sisterhood, globally, I think that it can really help and change”.