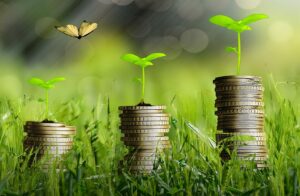 Proceeds will be deposited in the Consolidated Fund of India

The Centre will finance projects and initiatives in nine broad categories through its ~16,000-crore green bond offering this year and future issuances. This would be in accordance with the new Green Bond Framework released by the finance ministry on Wednesday.

The proceeds from green bond issuances will be deposited in the Consolidated Fund of India in line with the regular treasury policy.

They will then be made available for eligible green projects.

The projects will cover renewable energy, energy-efficient buildings, electrification of public transport and climate resilient infrastructure. It would also include organic farming, flood and climate warning systems and land and marine biodiversity projects.

While proceeds will go to the Consolidated Fund like regular bonds, they will then be made available for eligible green projects.

“To ensure that the proceeds’ allocation and accounting is transparent, a separate account will be created and maintained by the ministry of finance,” the report stated.

A Green Finance Working Committee (GFWC), chaired by the chief economic advisor, will decide projects that are eligible. The GFWC will meet at least twice a year to select and evaluate projects.

“The GFWC will have members from implementing departments, ministry of environment, NITI Aayog and the finance ministry’s budget division and infrastructure finance secretariat. It can also co-opt additional members depending on the requirement, from time to time. And, other ministries and sector experts may be consulted to ensure that the selected projects are in line with the intended objectives,” the report stated.

The GFWC will also release an annual report on the status of green projects, which are being financed by the government.

The report stated that the Centre’s Green Bond Framework has been reviewed by CICERO, which has issued an independent second party opinion. It has approved the alignment of the Sovereign Green Bond Framework with the International Capital Markets Association’s (ICMA’s) green bond principles.

The four core components as outlined by ICMA green bond principles are: use of proceeds, project evaluation and selection, management of proceeds, and reporting. These are all being fulfilled by the Centre’s framework.

“As a part of the government’s overall market borrowings in 2022-23, sovereign green bonds will be issued for mobilising resources for green infrastructure. The proceeds will be deployed in public sector projects, which help in reducing the carbon intensity of the economy,” she had said.

The Centre has submitted eight key ‘nationally determined contributions’ as part of the Paris Agreement, of which two are updates on its existing targets. It has committed to reduce carbon intensity of its GDP by 45 per cent by 2030, from 2005. It was earlier 30 per cent.

See also  What Are The Implications Of Rupee Staying Beyond 80?

Another target is to have 50 per cent cumulative electric power installed capacity from non-fossil fuel-based energy resources by 2030.

India has also added a new target of creating an additional carbon sink of 2.5 to 3 billion tonnes of carbon dioxide equivalent through additional forest and tree cover by 2030.