Bigg Boss was once the OG king of cringe and camp, but looks like its reign is over, and now it’s time to pull the curtains on the show. 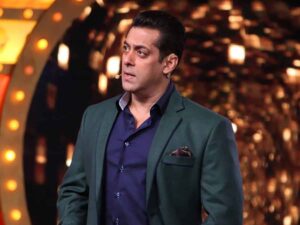 Bigg Boss has been one of the most popular reality TV franchises over the last two decades. Ever since its inception in 2006, the show has maintained a good hold over the TRP charts, even being an essential part of this time of the year for many. But despite a dedicated core audience, the show is falling far short of the phenomenon that it used to be. Its viewership is dropping to a new low every season. Now, come Bigg Boss 16, we hardly see any buzz around it, hinting at another lacklustre season of the show. Whatever noise is there is for the wrong reasons — the participation of MeToo-accused Sajid Khan in the Bigg Boss house.

But why is Bigg Boss no longer the gift that kept on giving for so many years? Why has it become so easy to ignore, even for someone who watched it as a guilty pleasure? What has changed, especially in the last two seasons? After one of the most successful seasons in Bigg Boss 13 that featured Sidharth Shukla and Shehnaaz Gill (though one can argue over that being hyped too), the following two seasons (Bigg Boss 14 and 15) hit an all-time low. All that the makers could do to salvage themselves was bring in the previous contestants. Familiarity, however, breeds contempt as the makers found out.

Now, in the 16th season, the majority of the contestants that we see in the house are the faces of Colors TV: Nimrit Kaur Ahluwalia (Choti Sardarni), Ankit Gupta and Priyanka Chahar Choudhary (Udaariyaan), Gautam Vig (Pinjara Khubsurti Ka), Tina Dutta and Sreejita De (Uttaran), and Shalin Bhanot (Ram Siya Ke Luv Kush). There is no name in the house so popular to intrigue the viewers, which was the case in the initial seasons. Neither is there anyone who doesn’t come with the perpetual weight of “log kya kahenge”.

Today, complete PR machinery works towards making a contestant trend on social media. Ultimately, the one who trends more, gets to spend more time inside the house, and the one who doesn’t, is out, irrespective of what the audience wants. Imagine if Rakhi Sawant, Rahul Mahajan, Karishma Tanna, Shweta Tiwari, Tanishaa Mukherjee or Gautam Gulati had been image-conscious and had hired PR firms to whitewash their behaviour inside the house, would Bigg Boss be as much fun as it was?

Would someone like a Manveer Gurjar even survive, let alone win, Bigg Boss in the current setup?

Now, more than what happens inside the Bigg Boss house, what matters is what is happening on social media. So, we should probably just sign in to Twitter to ‘rig the game’ instead of heading to Voot/Colors to catch up to all the drama.

With some of the most strategic and drama-causing fights, viewers were naturally inclined to tune in to Bigg Boss. Besides a couple of them, we witnessed fatuous yet harmless fights over the years. But, all has changed since Bigg Boss 13.

In Bigg Boss 15, Karan Kundrra choke slammed Pratik Sehajpal and Simba Nagpal aggressively pushed Umar Riaz. Were they evicted from the show? No. Dear makers, these are not the kind of fights we enjoy. At all. And, you didn’t just lose a viewer in Salman Khan’s mother Salma Khan, but many others pulled out from your show because of too much violence and ear-piercing verbal duels.

Wasn’t Bigg Boss always a ‘captive’ reality show that tested human behaviour when put in a house with no external accessibility? Well, it doesn’t seem to be that anymore. Now, it has become so easy for the contestants to just go out, and return at their convenience. And, when they return, they obviously understand the game better having gained an outsider’s perspective.

Not just this, in the name of the wild card, we get to see many contestants from the previous seasons who couldn’t win. But weren’t they rejected by the audience for some reason? Also, what is this obsession with Rakhi Sawant? We get enough of her through her social media and paparazzi spotting, we do not need her to on Bigg Boss anymore.

Who would have thought Bigg Boss would come to a point where it will have nothing fresh to offer? With the rise of other cringe-worthy shows, why should anyone bother with Sajid Khan or Tina Dutta on Bigg Boss when they can watch ‘fabulous’ lives of Bollywood wives unfurl on their screens or they can cringe over Sima Taparia’s views on marriages?

See also  Priyanka Chopra Says There’s A Lot of Fear After 7pm In UP, Police Officer Cuts Her Short: ‘I’ll Show You The Data’

Bigg Boss was once the OG king of cringe but looks like its reign is over and now it’s time to pull the curtains on the show. I hope the directors behind the show are reading!