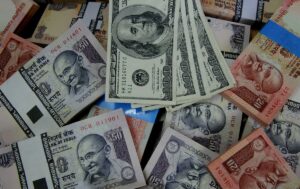 But this may come as a relief as analysts and agency reports expected the CAD to hit nine-year high of 3.4-3.7 per cent of GDP.

Nonetheless, the Q1FY23 CAD reading represented a 15-quarter high, driven by an elevated merchandise deficit. The expectation in various quarters is that the deficit may remain elevated in the second quarter too, amid the slowdown in exports growth and the depreciating rupee.

According to a Kotak Economic Research report from Friday, the external sector risks remained high. The report said that overall, the Balance Of Payment, or BOP, in 1QFY23 was marginally positive, with the lower-than-expected CAD being one reason. However, it said that as global slowdown risks were increasing, the agency was raising its FY23 CAD estimate to 3.9 per cent of GDP, from 3.4 per cent earlier.

This is a cause for concern since the RBI believes that India can sustain a CAD in the 2.5-3 per cent range without getting into an external sector crisis. So, how are things likely to pan out for the full year?

According to the Reserve Bank of India, the country’s forex reserves continued their southward journey, declining by $5.219 billion to $545.652 billion for the week ended the 16th of September. In a bid to staunch the rupee’s fall against the greenback, the central bank had drawn down its foreign exchange reserves by close to $100 billion by the end of September.

Still, worries persist. A recent Reuters poll found that India’s foreign exchange reserves were likely to drop another 23 billion dollars to 523 billion dollars, falling to their lowest level in more than two years, by end-2022. This would mean a further shrinkage in the import cover, too.

The rupee has depreciated about 8.4 per cent against the dollar so far this year. According to the Kotak Economic Research report, the rupee is expected to remain under pressure as markets continue to assess the extent of spill overs on the emerging markets currency space from the US Fed’s aggressive tightening, the European crisis and geopolitical risks. However, for its part, the report expects the RBI to become more prudent in the second half of FY23 while intervening in the currency market.

According to the RBI, underlying the Q1FY23 CAD was the widening of the merchandise trade deficit to $68.6 billion from $54.5 billion in Q4FY22 and an increase in net outgo of investment income payments. There has been an upward pressure on India’s import bill because of the Russian invasion of Ukraine.

There are some bright spots, too. Some of the pressure from external sector headwinds has been easing of late. This has come with the RBI’s monetary policy being in sync with the global policy stance. Commodity prices have also fallen from their recent peaks and there is stability in capital inflows. Delivering the MPC report on Friday, the RBI Governor said that services exports and remittances could narrow the trade deficit.

The governor said that services exports did very well in July and August this year, and they grew at a robust pace of 35.4 per cent year on year during April-June. For the same period, remittances also rose by 22.6 per cent. Das also said that while the Indian basket crude oil price was around $104 per barrel in the first half of FY23, the RBI was now assuming it to be $100 per barrel in the second half.

Madan Sabnavis, Chief Economist, Bank of Baroda says the current account is going to continue to be under pressure, because of trade deficit. Demand for imports likely to go up, as Indian economy grows at 7% as projected by the RBI. Indian exports to be in the negative zone in terms of growth, or see marginal growth in the near term. Recession in the west will lead to slower growth in Indian exports. FPIs will hold a clue if we would be able to balance Balance of Payments (external account) in a positive manner. Vulnerability of India’s external account is going to increase because CAD is going to widen and uncertain FPIs.

As the Kotak Economic Research report said, capital flows will remain the key risk to BOP deficit. The RBI will need to keep its policy in tandem with its global peers to avoid a capital flight.