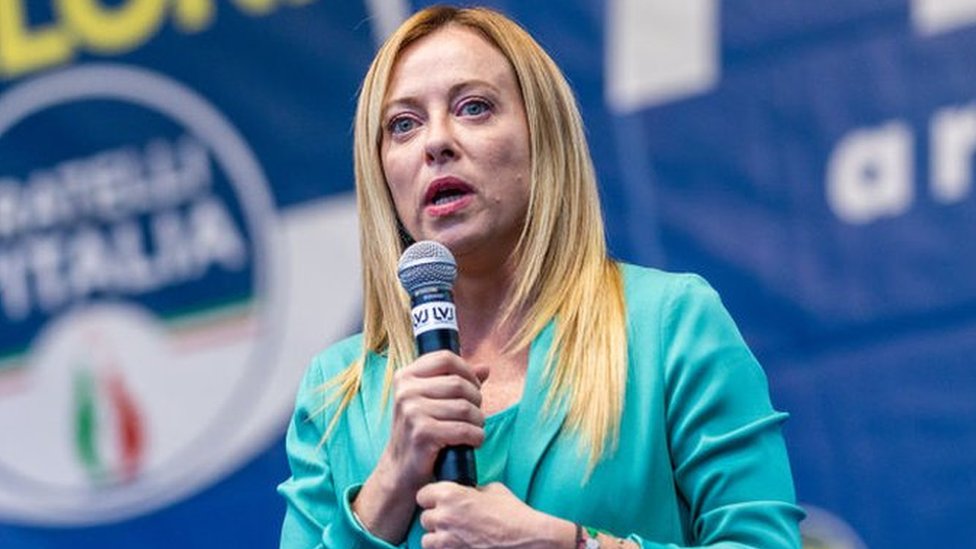 Elections may be around the corner, but at the Ballarò market in the Sicilian capital of Palermo, the passions are not political but culinary.

Calls ring out from traders slicing fresh calamari or tempting passers-by with the delicious local speciality: arancini, or fried balls of rice and meat.

But there is little appetite for politicians here. Wandering through the narrow stalls, most of those we asked said they would not vote in the election next Sunday: disappointment, disillusionment, and dishonesty were the words we heard repeatedly.

Piling up ripe oranges and pomegranates outside her cafe, Sonia Capizzi was a rare exception: she has boycotted elections until now, but this time is different.

“I can see things are changing and it’s down to Giorgia Meloni,” she says, referencing the leader of the far-right Brothers of Italy party, who tops the opinion polls.

“She’s drawing me in because she’s a woman, a mum, and has grit and charisma.”

In Italy’s last election in 2018, her party scored less than 4% in Sicily – just behind what she garnered nationally – while the populist, anti-establishment Five Star Movement came top with almost 50% of the vote here.

Four years on, Brothers of Italy have soared ahead, with the right-wing coalition it leads now scenting victory.

Her promises of tax cuts and a hard line on immigration are gaining considerable support here. But her pledge to scrap a flagship Five Star policy, the citizens’ income – a social welfare system for those below the poverty line – splits opinion.

The poorer south of Italy has benefited from it most and it is still a vote-winner for Five Star. But some, like Sonia Capizzi, follow Ms Meloni’s line that the policy has overburdened the state. “With the handout, people are just staying at home and not working,” says the cafe-owner. “The government should have created jobs instead.”

That is a view also echoed on the outskirts of Palermo, in the deprived Zen neighbourhood. The area is one of Europe’s most impoverished, where unemployment is at 50%, and at 80% among the youth.