Jio 5G: Reliance Jio is set to kick off 5G beta trials in four Indian cities starting tomorrow on the occasion of Dusshera. Read more below. 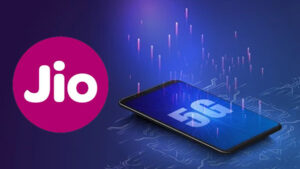 Soon after the launch of 5G network services in India at IMC 2022, Reliance Jio announced that it will start conducting beta trials of its Jio ‘True’ 5G network in four Indian cities starting on the occasion of Dussehra, which is tomorrow, October 5. The trials will kick off in Mumbai, Delhi, Kolkata, and Varanasi.

With the announcement, Jio will kick off its ‘welcome offer’ tomorrow, which will allow users to experience 5G speeds of up to 1Gbps in these regions. Jio has also announced that it will conduct more 5G trials in other regions “as cities keep getting ready.”

How to get Jio 5G on your phone?

Users taking part in the beta trials will be able to use the 5G network without switching their existing SIM card or handset. Jio’s statement adds users will be invited to participate in these trials. So clearly not all users in these cities will automatically get upgraded to 5G. Jio customers who do get to participate in the trial will get “unlimited 5G data with up to 1 Gbps+ speeds.” Users will need a 5G-supporting smartphone that has an adequate number of 5G bands to use Jio 5G in these cities.

Those who are invited to participate in the trial will automatically get upgraded to Jio’s 5G service without needing to change their existing Jio SIM or 5G handset, according to the company.

Jio also claimed that the company is working with all handset manufacturers to enable 5G on supported devices with updates if required. The company has also mentioned in a press note that Jio will be the only operator using the 700MHz low-band spectrum to ensure wide coverage.

Jio is using the standalone (SA) network infrastructure, which it claims is “far superior” to other 4G-based Non-standalone (NSA) networks being launched by operators. The telco will also support carrier aggregation in all 5G regions to ensure seamless connectivity.

While Jio has confirmed the launch date for the its beta trials, details on how the Jio 5G plans will be priced are not yet out. The company should confirm these in the coming days.

It should also be noted that most users– irrespective of the ‘5G-capable’ phone they are using, will require some sort of OTA or software update from their manufacturer to ensure that the network gets enabled. For instance, in Apple’s case Airtel’s CTO confirmed that the iPhone-maker is still testing and will likely push an update.  “5G on iPhone is not working yet because Apple has to open it. They are promising to open it soon,” Airtel’s Chief Technology Officer Randeep Sekhon told indianexpress.com on the sidelines of the India Mobile Congress event in New Delhi.