Reliance Jio will reportedly launch its budget-friendly laptop in October 2022. The JioBook laptop could go on sale with a price tag of Rs 15,000. Here are the details. 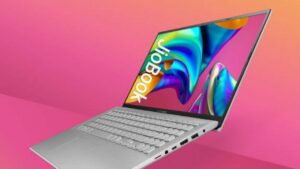 After introducing the budget-friendly 4G phones in India, Reliance Jio is all set to launch its first ever-low-cost laptop. The company is said to call it JioBook and the device will reportedly be launched in October 2022. Jio has partnered with Qualcomm (QCOM.O) and Microsoft for the 4G-enabled JioBook. A Reuters report claims that the Jio laptop will be priced at $184, which is around Rs 15,000. Here’s everything we know so far about the upcoming JioBook laptop.

A report by Reuters suggests that the JioBook will be available for enterprise customers such as schools and government institutes by October 2022. It will then be made available for the consumer market within the next three months. Initially, Jio will launch the new JioBook with a 4G embedded sim card, followed by a 5G-enabled version. The 5G variant of the JioBook is expected to come after the launch of the Jio 5G phone, which is expected to arrive next year.

As for the specifications, the JioBook will reportedly be powered by Arm Ltd. technology processor chip and will run on dual boot support of JioOS and Windows OS. JioOS will enable users to download apps from the JioStore and Windows OS to provide support for additional apps.

The Mukesh Ambani-led company contributed to the digital wave in the country by launching a 4G phone under the budget for the masses. It is reportedly India’s top-selling phone for under Rs 10,000 in India. Now with the new JioBook, the telecom giant will target Indian consumers who want a laptop at a very low price.

The JioBook will be produced in India by the manufacturer Flex. The cited source reported that Reliance Jio is aiming to sell “hundreds of thousands” of units by March. Jio has raised about $22 billion from international investors including KKR & Co Inc (KKR.N) and Silver Lake in 2020 to introduce the affordable laptop, which is also being pitched as an alternative to tablets for personal use.

Looking at the current market of budget laptops, consumers can not find many options under Rs 20,000. HP 14Q-CY0005AU, Asus-E203MAH, Lenovo Ideapad 130 APU Dual-core A6 and others cost around the 20,000 mark but are still pretty high for budget-conscious users. The launch of the JioBook is expected to disrupt the market by offering low-budget laptops at a price of around Rs 15,000, which will likely at