US Vice President Kamala Harris met with Japan’s PM Fumio Kishida in Tokyo to discuss China’s “provocations” in the Strait of Taiwan. 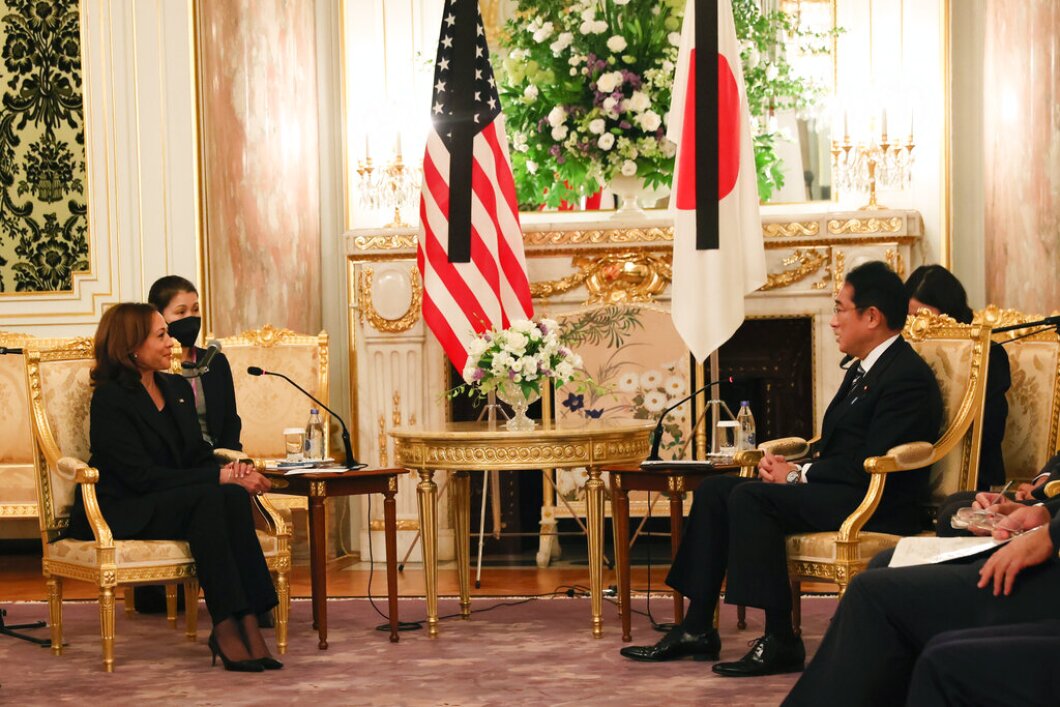 United States Vice President Kamala Harris reaffirmed Washington’s “ironclad commitment” to the defence of Japan during her first official trip to the country on Monday. The American Vice President met with Japan’s PM Fumio Kishida in Tokyo to discuss China’s “provocations” in the Strait of Taiwan.

Harris met Japan’s PM Fumio Kishida as she led a US delegation to the state funeral of former Prime Minister of Japan, Shinzo Abe, who was assassinated in July. Kishida and Harris discussed Beijing’s “recent aggressive and irresponsible provocations in the Taiwan Strait.”

Harris further described the US-Japan alliance as “a cornerstone of what we believe is integral to peace, stability and prosperity in the Indo-Pacific region,” during the public portion of the meeting at the Akasaka Palace in Tokyo.

Japan’s PM Kishida has reportedly doubled down on Shinzo Abe’s military policy. According to a report by RT News, Japan is currently pursuing a record defence budget of up to $40 billion for the fiscal year 2023. Tokyo plans to spend the funds on stockpiling additional long-range missiles and further beefing up its forces.

Taiwan had turned into a flashpoint between US-China relations in early August when the US House of Representatives Speaker Nancy Pelosi visited the self-governed island nation against Beijing’s threats. Beijing accuses Washington of challenging the nation’s sovereignty over Taiwan. Following Nancy Pelosi’s visit, China conducted its largest ever military exercise that included surrounding Taiwan from six zones in a ‘show of power’.

The test came ahead of Kamala Harris’ visit to the country and after a US aircraft carrier, the USS Ronald Reagan arrived at the port of Busan to participate in the joint military drills between the two nations. Seoul had labelled the launch an “act of grave provocation”.

According to the readout of the visit, US Vice President further pledged to work with Japan and South Korea to address the threats posed by the Democratic People’s Republic of Korea (DPRK). The threats include the nuclear and ballistic weapons program of North Korea. Harris further reiterated the importance of resolving the issue of abductions of Japanese citizens by the DPRK.