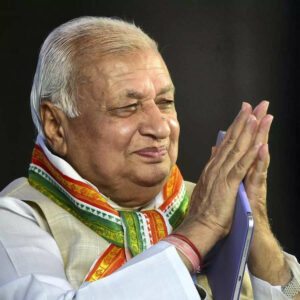 Thiruvananthapuram: Kerala governor Arif Mohammed Khan on Monday ignited a political row with his warning to the state’s ministers, telling them he would not hesitate to remove them if they continue to lower the dignity of Raj Bhavan. Khan’s warning, delivered via Twitter by the Raj Bhavan spokesperson, prompted a sharp comeback from the ruling Communist Party of India (Marxist) [CPM] that accused him of “exceeding limits” and underlined that he could not really remove any minister without chief minister Pinarayi Vijayan’s consent.

“The CM and council of minister(s) have every right to advise the Governor. But statements of individual ministers that lower the dignity of the office of Governor can invite action including withdrawal of pleasure,” the Raj Bhavan said in a post on Twitter, attributing the brief statement to Khan.

People close to Raj Bhawan said the immediate provocation for the tweet was higher education minister R Bindu’s statement that nudged him to sign off on the University Law Amendment Bill that seeks to curtail Raj Bhavan’s powers in appointing vice-chancellors of Kerala’s 13 state universities. The minister was also critical of the governor’s role in the state and accused him of being influenced by the Bharatiya Janata Party (BJP) and its ideological fount, Rashtriya Swayamsewak Sangh (RSS) to create hurdles for the government.

On Saturday, Khan removed 15 members of the Kerala University senate for not complying with his direction to hold a senate meeting to decide on its nominee to the selection committee being constituted for the appointment of university vice-chancellor.

The ruling CPM hit back at the government for his threat to sack ministers too. “He is exceeding limits and his words and deeds are intended to target an elected government. He has openly said he believes in and supports RSS ideology. If someone says he was protecting RSS agenda, he cannot be blamed either,” Kerala CPM secretary MV Govindan said.

Constitutional expert and former Lok Sabha secretary general PDT Achary said the governor has to act on the chief minister’s advice in the context of Article 164 (1) of the constitution, which says that “the ministers shall hold office during the pleasure of the governor.”

“Pleasure does not mean the governor can remove or appoint a minister on his own,” Achary said. “The governor is intended to go by the advice of the CM. Pleasure is only a technical term and it does not mean he can fire any minister without the permission of the CM,” he said.

The governor and the government have had an uneasy relationship since Khan’s appointment in 2019 which soured over the past year. The state of affairs at the state’s 13 universities has been a recurring theme. This year, the government proposed an ordinance to restrict the governor’s role in state universities but Khan did not sign off on the ordinance, forcing the Pinarayi Vijayan government to get the bill passed at a special session. Khan is yet to sign off on the bill cleared by the assembly along with another legislation that seeks to curtail the powers of the state’s anti-corruption watchdog Lokayukta.