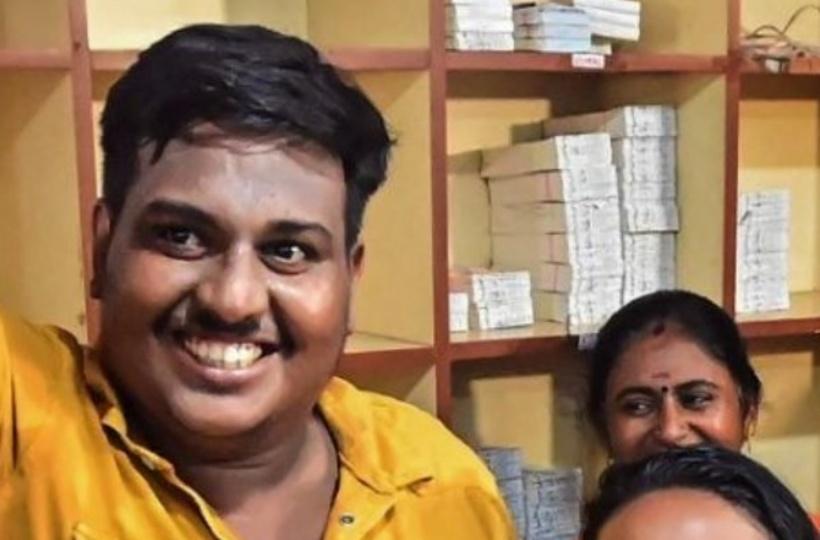 An Indian lottery winner has said he is so overwhelmed with requests for financial help that he regrets getting the jackpot.

Anoop, an auto driver from the southern state of Kerala, had won 250mn rupees ($3.06m, £2.9m) in a state government lottery earlier in September.

But a week later, he posted a video requesting strangers to stop bothering him and his family.

“I wish I hadn’t won,” he says. “The third prize may have been better.”

Anoop says in the video that he is considering moving houses to escape the overwhelming public attention.

He had made national headlines when he won the prize, the highest ever offered in the state for a lottery.

He bought the ticket on 17 September – a day before he was supposed to fly to Malaysia for a job – after breaking open his son’s piggybank.

After news broke of his win, his family received a lot of media attention.

“I was overjoyed when I won,” he says in his recent video. “There were people and cameras at the house and we were happy.”

But the situation soon got out of control, he says.

“I can’t leave the house, I can’t go anywhere. My child is ill and I can’t take him to the doctor.”

Anoop – who will receive 150mn rupees after government taxes – says people begin arriving at his house every morning.

“All I can tell everyone is that I haven’t gotten any money yet. No-one seems to understand my problem, no matter how many times I say it,” he says.

Anoop says he and his family have been staying with relatives to escape the attention.

The state government has said it will arrange a day’s training programme for Anoop on financial management to help him use the money well.