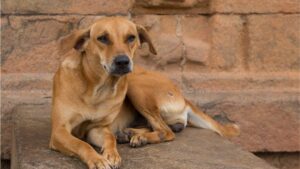 For days, a video has been making the rounds of social media in the southern Indian state of Kerala.

It shows a man putting on running shoes and then making his way through an obstacle course – jumping over park benches, climbing walls and dodging traffic cones – while his friend cheers him on.

“Is he training to join the army?” a woman watching the duo asks.

“No, he’s training to run from stray dogs,” the friend replies.

The satirical video, made by an ad agency, isn’t unique – over the past few weeks, thousands of people in Kerala have forwarded memes and videos that express anger towards stray dogs.

The reaction has been sparked by several recent reports of dogs – some of them pets – attacking people.

Animal welfare activists and veterinarians say most people in Kerala do not have a friendly relationship with dogs and keep them at a distance.

“Here, even pet dogs are mostly kept in kennels or caged or tied up for the entire day. Rarely do people let their dogs inside their homes,” says animal welfare advocate Sally Varma.

“Now people see a stray sleeping on the road and assume it is rabid,” she adds.

According to government data, with about 290,000 street dogs, Kerala is not even in the list of top 10 Indian states with the most strays.

But in terms of dog bites, it is the sixth in the country this year, reporting nearly 100,000 cases in the first seven months of 2022, double from the previous year.

The problem isn’t new or even recent. Experts say improper disposal of waste, abandoned pets on the streets and, most importantly, inadequate sterilisation and vaccination of dogs are the primary reasons for the problem routinely gripping the state.

Twenty-one people have died so far this year from rabies – this includes a 12-year-old girl who had taken three vaccination shots, which had led to questions being raised over its efficacy. The state government has sent batches of the vaccine and antisera to test its quality.

The events have caused panic in Kerala, similar to what happened in 2015-16 when rising cases of dog attacks resulted in public killings of strays. Some people, including a prominent businessman, had offered bounties for such killings, prompting national outrage.

As gory photos (some of which turned out to be fake) of dead dogs circulated on social media, an online campaign was launched to boycott the state, which attracts millions of tourists every year. On the ground, activists who tried to defend stray dogs said they faced public anger.

Since the death of the 12-year-old, newspapers and TV channels in Kerala have provided wall-to-wall coverage of dog bites in the state – some channels even incorporated dedicated daily segments for cases from each district in the state.

“We don’t even know if each of these bite cases were because of rabid dogs,” says Ambili Purackal, founder of Daya, one of the state’s oldest animal welfare organisations.

Some brands have also tried to cash in on the anti-dog sentiment – a recent ad by a local flour brand showed a man running from a barking dog, with the tagline saying that the product would provide him with the energy he needed to run.

Experts say they are frustrated at the storm of half-baked information in circulation.

“Cases like these trigger a storm of daily news reports that don’t really contribute to public awareness,” says Dr Beena D, vice president of the state chapter of the Indian Veterinary Association. 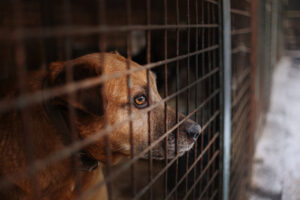 “They have these stock images of a rabid German Shepherd foaming at the mouth,” Ms Varma says.

The fear has led some to take extreme measures. Earlier in September, police registered a case against a man who carried an airgun while escorting a group of children to school. Local media has also reported on stray dogs being killed in some parts of the state.

While activists say they don’t blame people for being scared, they maintain that violence isn’t the answer.

But when faced with a dog on the street, people often respond with sticks and stones, “which only increases your chances of getting attacked,” Ms Purackal says.

Under pressure to act, the state government recently approached the Supreme Court for permission to cull “aggressive” and “rabid” dogs. The matter will be heard again on 28 September.

It’s also essential, they say, to rebuild trust between humans and animals.

Ms Varma says she’s seen people change their minds in the comments section of her Instagram page, where she shares a lot of information.

“It’s not that people are bad. It’s just that a lot of things are unclear and people are worried for their safety,” she says.