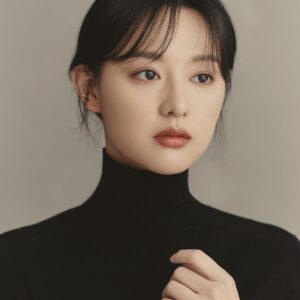 On Kim Ji-won’s birthday, here’s revisiting her show, Lovestruck in the City with Ji Chang-wook. The series, even if it was criticised for being extremely slow, examined the idea of rebuilding oneself after devastating setbacks.

Kim Ji-won has often played the second lead in many popular Korean dramas, and yet, she never failed to outshine the first lead effortlessly. While the first leads, like Park Shin-hye in the dreadfully overrated Heirs was morosely pushed around by two men and did not have a fleshed out character, Kim Ji-won’s Rachel was actually far more entertaining to watch. She was vicious, biting and spoilt, with an occasional glimmer of a conscience. She was quite unpredictable, surly, and yet had an emotional backstory, that aroused sympathy. It didn’t justify her behaviour at all, but it just left you more invested in her character—perhaps more than anyone else in that show. She was also the fiery, snappish second lead again in Descendants of the Sun, which starred Song Joong-ki and Song Hye-kyo in the lead. She brought a certain fire to the role, and her character was definitely more riveting than Song Hye-kyo.

Kim Ji-won has gone from being the second lead to finally bagging the first lead in series like the Arthdal Chronicles and Fight for My Way, alongside Park Seo-joon. Here, she was the blunt and cute girl next-door waiting for her best friend to realise that he’s in love with her. While most of these roles were quite entertaining and she brought a layer of nuance to each persona, none were as frustratingly relatable as her character in Lovestruck in The City with Ji Chang-wook.

Lovestruck in the City is not an easy watch—not because it’s filled with gore or immense heartbreak and profound sorrow (Looking at you Twenty Five-Twenty One)—but for the mere fact that it can seem agonisingly slow and stretched to the point; Sooraj Barjatya films have a quicker pace than this Korean series. It’s not really surprising that the series found mixed reviews, because many lost patience after the first few episodes. I won’t deny that I got restless as well, and even the charm of both Ji Chang-wook and Kim Ji-won wasn’t enough at one point. But then, after completing the series (a bit of a dragged out process), once you return to the show—you realise that it was not so much as a love story, but the story of a broken woman, learning to love herself. That’s when you begin to appreciate Kim Ji-won, a lot more.

Unlike other Korean dramas, Lovestruck in the City adopts the documentary format, where characters talk to the camera and tell about their romantic tales, heartbreak, personal peeves, among other things. Through these interviews, a focal story is being told, and that’s of Kim Ji-won’s Eun-oh, a woman with a battered past, who believes that she is practically dead inside. After seeing a rather perky woman bag a job that she desperately wanted, she crafts a new personality for herself—using the woman’s name. In a fit of depression and loneliness, she escapes to an island and becomes an entirely different person. She’s now Seona, a bartender, she is quirky, cheery, brazen and vivacious—completely opposite to the quiet Eun-oh. Ji Chang-wook’s Park Jae-won falls for her at first sight and becomes completely besotted with her.

Their time on the island is almost like a feverish dream, as they both seem to be madly in love, without a care in the world. They’re intoxicated by love and lust, and even exchange rings in a fake wedding ceremony. But there is a real world beyond this island, where the real truth lies, and Seona knows this. The madness evaporates and she returns to her home, leaving a perplexed Jae-won in the dark. For several episodes, Jae-won is confused, teary and broken, unable to comprehend how she could just break all promises. Eun-oh sees him crying in restaurants, bars and to friends, but is terrified to meet him again. The series also explores the idea of being so completely drunk in love that one forgets themselves—and that’s perhaps what Eun-oh also wanted. That haze of love and sex was also a form of escapism for her, while for Jae-won, he was intoxicated with the image of Seona.

Combined with self-loathing, she is racked with guilt. However, he finds her again, but she hasn’t found herself yet. As the series progresses and the real truth unfolds, she finally learns to understand herself as well as unpack the meaning of love–romantic, platonic and more importantly, self-love.

Kim Ji-won marvellously brings forth a woman, who just wants to be someone else. She raises the question, how often are most of us afraid of being ourselves, when it just seems simpler to be someone else? What if that person is more interesting and fun? She’s convinced that her real personality attached to the name Eun-oh is dull, boring and is convinced that is enough reason for people to overlook her in the professional sphere and to be cheated on. When she becomes Seona, she enjoys this false escapism—she wants to be that girl at the bar who was the life of the party, playing around with drinks, while men express their admiration for her.

She revels in being ‘wild’ as she believes that’s what people like the most. However, this new world is quickly submerged in guilt as she believes that she is cheating on Jae-won, and hence abandons him without warning and returns to her old, ‘boring’ life and personality. Painstakingly, Lovestruck in The City relates the personal dilemma that many face—-after a series devastating setbacks, how do you pick up the pieces and rebuild yourself? The answer in Lovestruck in the City is not handed to Eun-oh or Jae-won for that matter, and leaves her to find it. Owing to her inability to comprehend herself, she is not able to trust Jae-won, or least of all, herself.

It’s rare of a Korean drama to explore the female lens without the man interfering constantly. Breaking away from the K-drama stereotypes of the damsel in distress who softens a sullen man’s mood, Kim Ji-won’s Eun-oh and Seona are unusually nuanced. It’s a meticulously written character, with numerable greys, and you get frustrated as you watch her make questionable decisions. You alternate between empathy, sorrow, annoyance for this curiously scrambled human—only to realise that she mirrors what most of us feel—even if we don’t go that far. At points, she does terribly hurtful things too, in an attempt to erase the world that she had briefly created. She almost drives Park Jae-won mad in grief, and still holds back from setting the record straight. It’s inexcusable—and yet, the fear of facing the repercussions of creating false hopes is brutally real. Sometimes, she almost watches herself becoming the anti-hero, and then pulls back. You won’t support her all the time, and yet, somehow, you begin feeling for her. She’s messy, but steers clear from the trap of dreadfully toxic enough for it to become a divisive debate.

It’s always a joy to watch Jim Ji-won, possibly because you never know what character she takes on next. She doesn’t walk on the beaten path and even if she does, she sets her own rules.