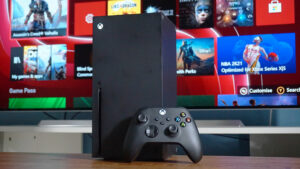 Games on Xbox Series X consoles load much faster than on PCs. This is possible through the “DirectStorage API” that Microsoft announced for Windows games earlier this year. Solid state drives or SSDs rely on CPUs to decompress data before sending it to the graphics unit. DirectStorage allows SSDs to stream huge amounts of data directly to the GPU without even involving the already overburdened CPU. Now, the Redmond giant has announced another technique — GPU decompression — which is the next step in Microsoft’s ongoing effort to improve PC game load times. The company has updated its official blog to announce the new improvement for PC game developers.

What is GPU decompression

Modern games contain huge amounts of assets including — characters, objects and landscapes which have massive sizes. These assets are all compressed to reduce the total size of a game. GPU decompression reduces CPU workload by making the graphics card do the work needed to decompress these in-game assets. Cassie Hoef, a senior program manager at Microsoft, has explained that GPU decompression is “an alternative method in DirectStorage 1.1.”

PC game load times can reduce significantly by transferring the decompression workload to a GPU, even in situations where players have to switch between different worlds. Microsoft claims that by freeing up the CPU resources to handle other game processes, game load times in PCs can improve “as much as three times.”

However, these reduced load times will be possible only when PC game developers include these technologies in their games. These improvements are expected to arrive for developers by the end of 2022 and will be available in both Windows 10 and 11.

Meanwhile, GPU makers like Nvidia and AMD also need to launch units that are compatible with DirectStorage 1.1 before Microsoft’s final release. Forspoken would have been the first major title to come with DirectStorage support, but the game has been delayed till 2023.