When Sahil (name changed on request), a software engineer based in India’s capital Delhi, decided to take up a side-gig in 2019, he didn’t think it was a “big deal”.

For the past three years – apart from his day job at one of the world’s biggest tech companies – Sahil has been conducting coding interviews to screen candidates for other IT firms. He earns around $10,000 (£9,300) for each project.

His employer doesn’t need to know about this, he says, as it “doesn’t interfere with [his] regular work”.

Moonlighting – working a second job on the side, sometimes in secret – has become a heated topic of discussion in India after some IT giants issued strong warnings to employees against it.

One of them, Wipro, said earlier in September that it had fired 300 employees who were found to be working for competitors. Wipro’s chairman Rishad Premji is a vocal critic of moonlighting – in an August tweet, he called it “cheating – plain and simple”.

Others, including a federal minister, have supported the trend, saying it points to how attitudes towards work are shifting in India – but they also warn young workers to be careful not to violate their employment contracts.

Experts say moonlighting is complicated – some who opt for a side-hustle want financial stability in an increasingly precarious job market, while others are looking for creative satisfaction. Depending on the contract workers sign with their primary employers, it could also turn out to be legally problematic.

“Pursuing a hobby or even an ambition in your spare time for some extra money is different from taking up two full-time jobs,” says Rajat Garg, an entrepreneur.

He adds that employers shouldn’t interfere in what an employee does when they are off work.

“But if you show up to work all tired and in no shape to contribute the way you’re contractually expected to, then it does become my problem,” he says.

While moonlighting isn’t new in India, technology expert Prasanto Roy says the trend accelerated when people started working remotely during the Covid pandemic because “it gave them the ability to do multiple things”.

Common side-gigs include driving, online retailing, graphic designing and content writing – which allows people to earn beyond what their “main” job pays them.

Mr Garg says moonlighting is common even in the IT sector, where many start-ups were founded by people who did full-time jobs while laying the ground for their own ventures – an oft-cited global example is Steve Wozniak, who designed the first Apple computers while working at HP. Many of Mr Garg’s own employees have side-gigs.

“But if one of them begins to steal information from my company to create something of their own or to aid a competitor firm, then that is completely illegal,” he says.

“So it’s not like Wipro fired everyone who was moonlighting – they fired those who were working with competitors. And they’re well within their rights to do that.” 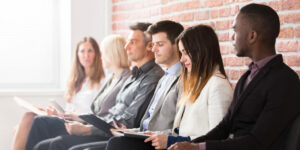 Mr Roy says that some red tape around employee contracts is necessary. IT companies, for instance, will rarely allow employees to work for other firms “because it’s a straight conflict of interest”.

“Maybe some employees can manage their time and even find a second employer that’s not a potential competitor. But that clarity is rare, especially if your work involves external clients,” he says.

But proponents of moonlighting say it is getting a bad rap because many now conflate the term with doing something unethical.

Until 2020, Arjun’s (name changed on request) story – a data analyst for a Delhi-based start-up – was a typical one: he worked long hours and earned well but was almost always too exhausted to enjoy his life.

But the sudden ease in his workload during the Covid pandemic – as offices shut down and travel stopped – nudged him to rethink the role of work in his life altogether.

“I suddenly had a lot of time. And I decided to use that more efficiently,” says the 28-year-old, who now freelances on crypto blockchain development projects and NFTs.

Arjun says it’s not a “soulless pursuit for better pay” but that his side-hustle has allowed him to explore his options and build the career he truly wants.

“People are role-switching not because they want to quit their main job in a dash of professional rebellion, but because it allows them to sample different skills and fields in the industry, and then pick out the best one,” he says.

While the moonlighting debate may be loudest in sectors such as IT and software services where, as Mr Roy says, it’s “easier to be faceless and work remotely” – it isn’t the only one.

Indians across sectors who can afford to do so are demanding more flexibility and control over their time and work.

When someone asks Samrat Khanna what he does, his usual response is “everything”.

The 29-year-old works as a pilot with one of India’s biggest airlines on six days of the week. He’s also a part-time DJ and the owner of a Kombucha brewery in Delhi.

He says he had to declare some details about these side jobs to his company but “otherwise they are okay with it”.

“What I do outside work hours should not be anyone else’s problem,” he says.

Mr Garg, however, says that it all comes down to the contract you have with your employer.

“If you’re not allowed to do another job, then there’s no excuse. Workers know their rights but they also need to know their duties.”