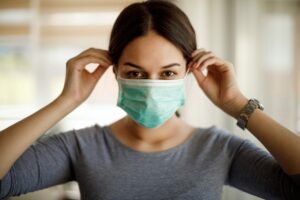 The BA.5 sub-variant of omicron continues to be the dominant one across the globe, accounting for 76.2 per cent of the cases, according to the latest situation report by the World Health Organisation.

Even as cases of Covid-19 are at an all-time low – 2,060 new infections were recorded in the country over the last 24 hours – omicron sub-variants such as the BF.7 and recombinant variants such as XBB are spreading in several countries.

The BA.5 sub-variant of omicron continues to be the dominant one across the globe, accounting for 76.2 per cent of the cases, according to the latest situation report by the World Health Organisation.

In India, BA.4 and BA.5 sub-variants never became the dominant variants. At present, BA.2.75 continues to cause most of the infections.

New variants scientists are watching out for

In the Unites States, BQ.1, BQ.1.1, and BF.7 are being monitored as variants of concern because of an increase in cases caused by them. As per data from the Centre for Disease Control-USA, BQ.1 and BQ.1.1 each accounts for 5.7 per cent of the total cases, while BF.7 accounts for 5.3 per cent.

In the United Kingdom, the BQ.X variant and BF.7 are under the scanner as they gain ground over the dominant BA.5. According to the UK Health Security Agency, BF.7 accounted for 7.26 per cent of the Covid-19 cases and is showing a relative growth advantage of 17.95 per cent over BA.5.

Closer home, recombinant variant XBB – which is a combination of two omicron sub-lineages BJ.1 and BA.2.75 – is driving up infections in Singapore, accounting for 54 per cent of the local cases.

XBB is spreading in India too. “BA.2.75 was the dominant variant in India, accounting for almost 98 per cent of cases till as recently as last week. However, XBB is on the rise, causing 20 to 30 per cent of infections in some states, like Maharashtra,” a scientist who is part of the country’s Sars-CoV-2 sequencing consortium said.

The scientist, however, added that the three big labs in Maharashtra, Gujarat, and West Bengal have been sequencing more samples than other parts of the country, and hence newer variants are being identified there.

Although these variants are causing a larger share of infections, they are not leading to more hospitalisations and deaths.

The CDC data show that the number of cases reported in the US in the week ending on October 12 was 11.9 per cent less than the previous week. Hospitalisation was down 4.4 per cent and deaths 8.5 per cent.

As for India, the scientist quoted above said, “Although XBB seems to be more transmissible, there hasn’t been any increase in hospitalisations or deaths. There is no clinical significance of the newer variants.”

Dr Sudhanshu Vrati, director of Regional Centre of Biotechnology, Haryana, said, “The emerging variants are becoming more transmissible and better able to escape immunity. A large chunk of the population now has immunity either through vaccination or infection, so the virus needs to adapt to continue to survive. However, it is not leading to severe cases and hospitalisations. In most Covid-19 cases, people are getting sore throat, cough, and fever and are up and running in three days.”

Can winter see a big surge?

On being asked whether the disease has started following a seasonal pattern, Dr Vrati said, “There is no clinical evidence to suggest that Covid-19 has a seasonal pattern as of now. It was thought that the numbers may go up during the rainy season or may go down during the summer months. But that hasn’t happened.”

A severe disease from these variants is highly unlikely. Dr Ekta Gupta, virologist at the Institute of Liver and Biliary Sciences, New Delhi, said, “The new variants usually show mutations in the spike protein, mainly because that is the part of the virus used in our vaccines and therapies. However, the rest of the virus is mostly the same and those who have had the infection can mount a defence against the variants. So, even if re-infections happen, they are unlikely to be severe.”