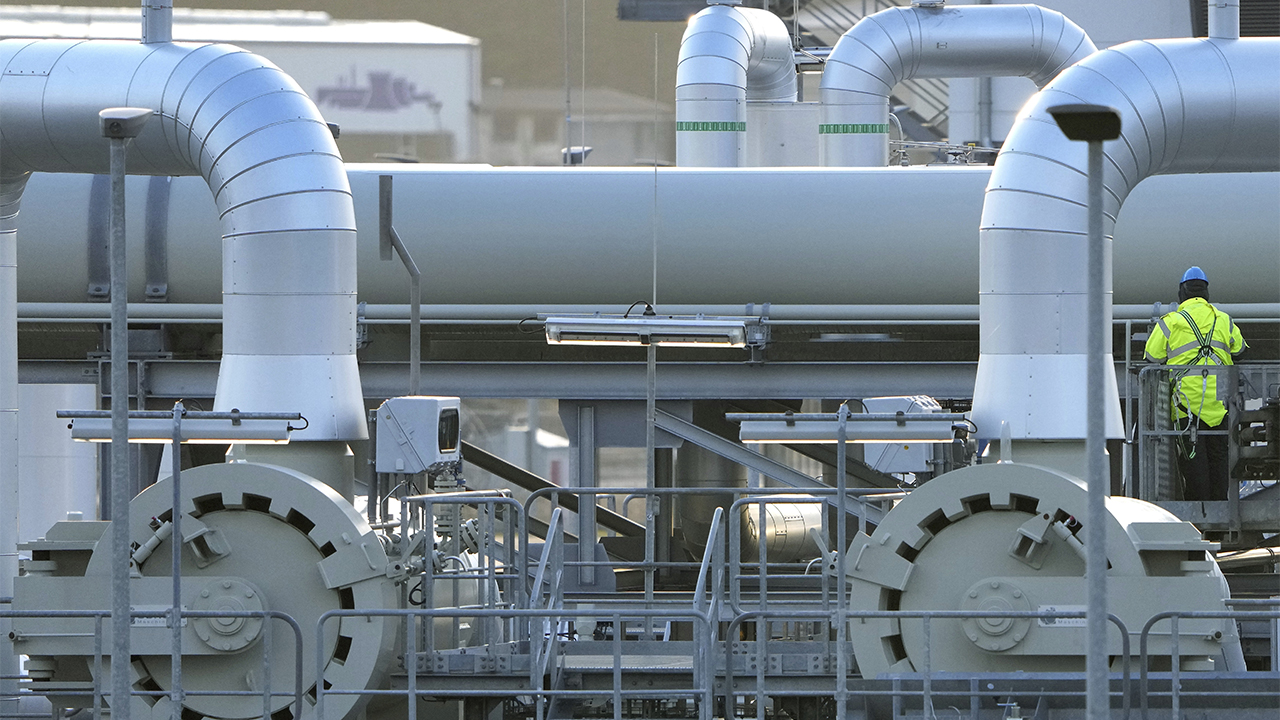 The cause of the damage to Nord Stream 1 and 2 is unclear, but authorities have not ruled out sabotage.

The operator of Nord Stream 1 said the undersea lines had simultaneously sustained “unprecedented” damage in one day.

Both pipelines have been flashpoints in the energy tussle between Moscow and Europe.

Whatever the cause of the damage, it won’t immediately affect the supply of gas to Europe as neither pipeline was operational.

The European Union has previously accused Russia of using a reduction in gas supplies to blackmail Europe, but Moscow denies this. It says sanctions against Russia make it impossible to properly maintain the gas infrastructure.

Unconfirmed reports in German media said authorities are not ruling out an attack on the undersea gas network.

Denmark’s Prime Minister, Mette Frederiksen, said it was too early to come to conclusions, but that it was hard to imagine the multiple leaks could be a coincidence.

A Kremlin spokesperson, Dmitry Peskov, said he was “extremely concerned” about the incident, and the possibility of a deliberate attack could not be ruled out.

The Nord Stream 1 pipeline – which consists of two parallel branches – has not transported any gas since August when Russia closed it down for maintenance.

It stretches 1200km under the Baltic Sea from the Russian coast near St Petersburg to north-eastern Germany. Its twin Russian-owned pipeline, Nord Stream 2, was halted after the Russian invasion of Ukraine began.

Although neither pipelines are in operation, they both still contain gas.

See also  US Reminds Pro-Putin Hungary It's A Western Ally

German, Danish and Swedish authorities are all investigating the incidents.

The operators of Nord Stream 2 warned of a loss of pressure in the pipeline on Monday afternoon. That led to a warning from Danish authorities that ships should avoid the area.

The pipeline’s operators – Nord Stream AG – said it was impossible to estimate when the system’s infrastructure would be restored.

Energy prices have soared since Moscow invaded Ukraine and scarce supplies could push up costs even further.

There are growing fears families in the EU will be unable to afford the cost of heating this winter.

Poland is leading the effort to curb reliance on Russia, once Europe’s main energy supplier, with the inauguration of a new gas pipeline.

The Baltic Pipe will be a new link for Norwegian gas to Europe, which will allow countries to the south of Poland, including Slovakia and the Czech Republic, to access it.