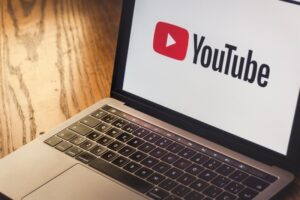 The updates were introduced to offer users a more modern and immersive experience while improving the manner in which users watch videos. The rollout, which began on October 24, and will be completed in phases.

The new pinch-to-zoom feature allows users to zoom in and out of a video while on an iOS or Android phone. Videos also stay zoomed in when the user lets go. The feature surfaced as a test for premium subscribers in August.

The video sharing platform also unveiled an all-new ambient mode, available to users on the web and mobile in dark mode.

“Using dynamic colour sampling, ambient mode introduces a subtle effect so the app background colour adapts to match the video. We were inspired by the light that screens cast out in a darkened room and wanted to recreate the effect so viewers were drawn right into the content and the video takes an even greater focus on our watch page,” said Nate Koechley, UX Director at YouTube, in a blogpost.

The platform also updated its dark theme to be “even darker”. Video playlists will also purportedly adopt the same colour treatment and now show more details about each playlist.

With the new precise seeking feature, users can locate an exact part in any video. The feature, which is available for both mobile and desktop users, enables watchers to get to a specific part of a video by simply dragging or swiping up, which would show a row of thumbnails in the video player allowing users to make fine-tuned adjustments.

The feature builds upon YouTube’s previous video navigation improvements which gave users the ability to long press the video player anywhere to seek and to double tap with two fingers to skip chapters.

In addition, YouTube links in video descriptions will be changed to buttons, and frequent actions such as like, share and download will also be formatted to minimize distraction. Further, the subscribe button will also get a touch up, with new shape and contrast, no longer being red.