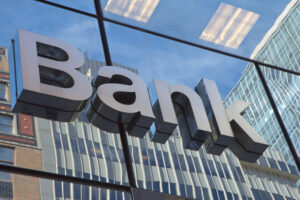 Union finance minister Nirmala Sitharaman on November 7 tweeted, “The continuous efforts of our govt for reducing the NPAs & further strengthening the health of PSBs are now showing tangible results. All 12 PSBs declared net profit of ₹25,685 cr in Q2FY23 & total ₹40,991 cr in H1FY23, up by 50% & 31.6%, respectively (y-o-y).”

While dedicating digital banking units (DBU) to the nation on October 16, PM Modi articulated the transition from unprofessional “phone banking” [loans granted to cronies] to process-driven decision-making based on commercial considerations.

“The economy of a country is as progressive as is the strength of its banking system. Today, India’s economy is moving forward with a continuum. This is becoming possible because in these eight years, the country has shifted from the pre-2014 ‘phone banking’ system to digital banking,” he said.

PM was referring to malaise in the banking system in the form of hidden liabilities of financial institutions that were brushed under the carpet until the government in 2015 decided to launch a transparent AQR that saw a surge in NPAs of PSBs from ₹2.17 lakh crore on March 31, 2014 to ₹8.96 lakh crore on March 31, 2018 mainly due to indiscriminate lending, which the PM referred to as “phone banking”.

Gayathri Parthasarathy, partner & leader of financial services at PwC India said NPA issues had been the pain point for PSBs, which is now a matter of past after focused “clean-up” of the stressed books. As corporate profits are now improving along with robust economic growth, public sector banks see a return to profitability, she said.

“Financialization of household wealth, increasing investments into financial assets instead of physical assets – helping strengthen liability/deposits franchise and thereby improving cost of funds,” she said adding that the use of technology and digital banking is driving efficiencies, new revenues stream and improve cost to income ratio.

Aashay Choksey, vice president & sector head- financial sector ratings at ICRA said the banking sector also benefited from interventions such as moratorium, Emergency Credit Line Guarantee Scheme (ECLGS) and restructuring announced during the Covid period. “This helped them manage these risks as they could spread out the pandemic-induced stress over a longer period, thereby softening the blow on the asset quality,” he said.

“Moreover, PSBs, which were struggling prior to the onset of the pandemic on multiple fronts, including weaker capitalisation levels and losses, were aided by a meaningful recapitalisation programme. This led to the shoring up of the provision cover on NPAs, wider capital cushions as well as an improvement in the solvency profile,” he added.

Experts are confident about better performance by private banks.

“Private sector Indian banks are funded by growing domestic financial savings and have minimal foreign exposure on the asset side, global macro uncertainties are unlikely to impact the fundamentals of Indian lenders and will continue to improve performance,” she said.

Choksey said private sector banks continue to witness strong growth and improvement in the headline asset quality metrics and profitability, with the exception of a few mid-sized banks that are dealing with seasonally higher or episodic spikes in slippages. “Moreover, private banks are largely well capitalised and well placed to grow without needing to raise capital in the near term,” he added.

The outlook for the banking sector remains “stable”, he said.

“Going forward, the impact of high inflation on household savings/consumption and the effect of the increase in interest rates and servicing costs on vulnerable borrowers will remain monitorables,” he added.

Experts said to strengthen India’s financial sector is a conscious policy decision of the government who wants to make India a $5 trillion economy by 2025.

“The goal set by the Government of India for growth in several sectors through Aatma Nirbhar Bharat, data localisation, promotion of manufacturing in India; will not be achievable without a strong and growing banking sector since each of these areas would need long term lending. Hence the road ahead for the banking sector is one of growth and expansion,” Mitroo said. 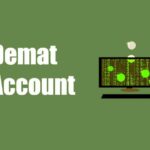