Punjab chief minister Bhagwant Mann on Tuesday accused the Congress of supporting the BJP’s “Operation Lotus” and alleged that the opposition MLAs ran away from discussion on the first day of the third session of the 16th Vidhan Sabha.

“The Congress is in such a situation that nobody wants to take over as its president,” chief minister Mann said, taking a jibe at the party over the political crisis in Rajasthan where MLAs loyal to chief minister Ashok Gehlot did not meet central observers of the party. 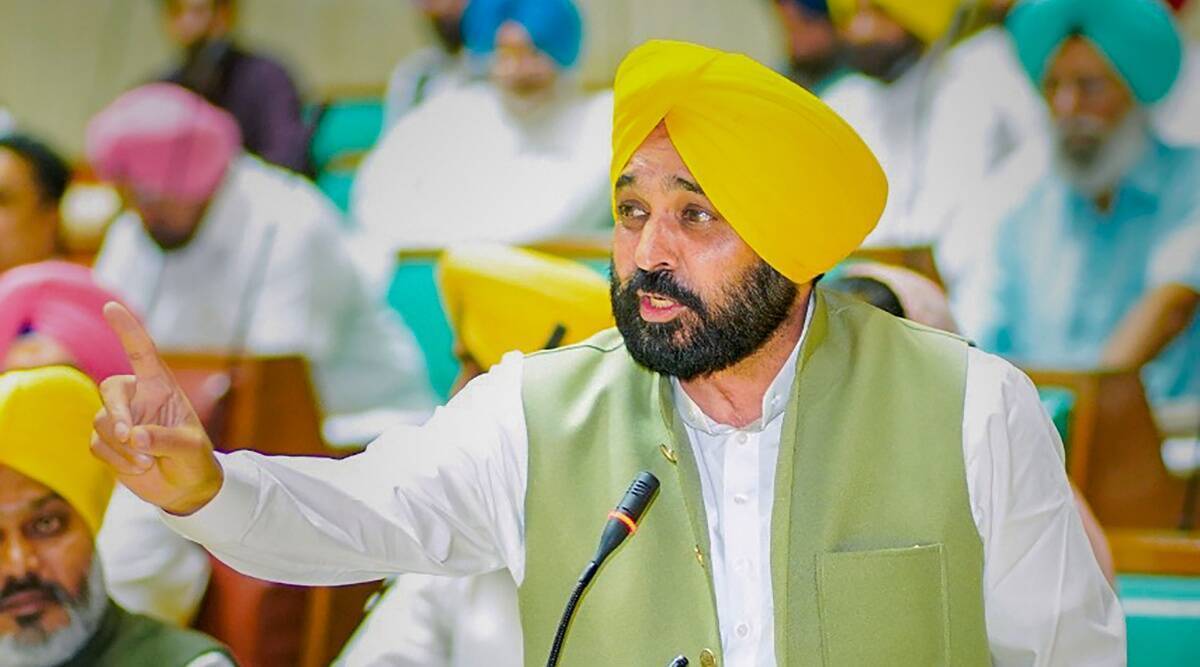 Mann also attacked the BJP, saying the saffron party feels only they should be in power everywhere. Two BJP MLAs, Ashwani Sharma and Jangi Lal Mahajan, had earlier walked out of the House after Speaker Kultar Singh Sandhwan announced that Mann would move the confidence motion.

“Three crore people of Punjab have faith in us… I have full faith in my 91 soldiers (AAP MLAs),” Mann said.

The AAP had recently claimed that at least 10 of its MLAs were approached by the BJP with an offer of ₹25 crore to each of them in a bid to topple the six-month-old government under “Operation Lotus”.

Fifteen Congress MLAs were named by Speaker Kultar Singh Sandhwan for repeatedly disrupting the House proceedings, forcing its adjournment for 10 minutes on two occasions. When the House reassembled after being adjourned for the second time, the Congress MLAs had not left the assembly. The Speaker then directed the marshals to take them out.

The Speaker also ordered that the Congress MLAs will not attend the session for the remainder of the day’s proceedings on Tuesday.

After a standoff between Punjab Raj Bhavan and the AAP government, governor Banwarilal Purohit approved the state government’s request to convene the House on September 27 when it informed him that issues such as paddy stubble burning, goods and services tax and power supply will be taken up during the session. The governor had on September 21 withdrawn permission to hold a special assembly session on September 22 when the AAP government wanted to bring a “confidence motion only”.

Bajwa told the Speaker that in the business advisory committee meeting of the House, when he asked about the confidence motion, no reply was given. “It means no regard is being shown to the constitutional head, referring to the Punjab governor denying permission for bringing a confidence motion only. You have basically challenged the powers of the governor,” Bajwa said, adding “I condemn it.”

As the House met in the morning, the Congress members sought to know whether Zero Hour was being held as they had to raise certain issues.

When Mann and cabinet minister Aman Arora got up to speak, they were repeatedly interrupted by the Congress members.

The Speaker then told them not to raise slogans and rush to the well of the House. Mann lashed out at the Congress, saying “those who want to teach us law, they should take care of their own house first. In Rajasthan, Maharashtra, Goa, they could not take care of their own house. You don’t let anything be debated here, outside you demand that the House should be of longer duration.”

“Mr Bajwa, it means you are facing some loss if ‘Operation Lotus’ fails,” Mann told the leader of the opposition.

Hitting out at the Congress, Arora said the party was acting as the BJP’s “B team to oppose us”.

The AAP government in Punjab had earlier sought the special session on September 22 to bring a confidence motion, days after it accused the BJP of trying to topple its government.