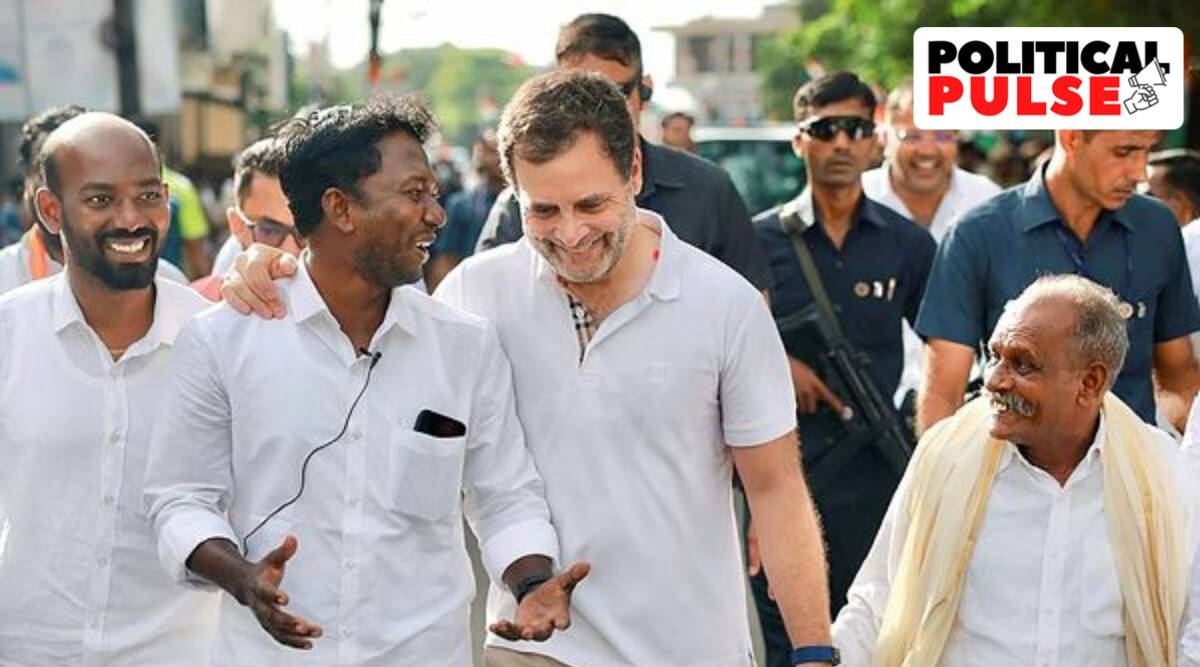 Indianexpress – The BJP’s official social media handle put out an image of the Congress leader alongside a T-shirt similar to what he was wearing with a price tag that said INR 41,257 and a caption that read, “Bharat, Dekho.”

Shashi Kumar, the social media co-convenor of the BJP’s Uttar Pradesh wing, posted that Rahul was doing the “Bharat Jodo Yatra on price rise and inflation wearing a Burberry T-shirt worth Rs 41000”.

Congress hit back with its official social media handle, posting: “Hey… are you scared? Seeing the crowd gathered in India Jodo Yatra. Talk about issues… unemployment and inflation. If you want to talk about clothes, we must talk about Modiji’s suit of Rs 10 lakh and glasses of Rs 1.5 lakh.”

Saral Patel, the Congress’s national social media convener, said the BJP was “rattled by the public’s response” to the yatra and was “trying everything to divert people’s attention from it.” He added, “Channels are directed to not cover it. Still, Shri @RahulGandhi Ji and Bharat Jodo Yatra are on people’s tongues. Another desperate attempt!

Chhattisgarh Chief Minister Bhupesh Baghel tweeted: “When one side in the world’s biggest democracy is trying to bring together a nation, the other side is stuck in T-shirt and khaki knickers.”

Lashing out at the video, Bhupen Kumar Borah, the president of the Assam Congress, said, “What more can be expected of a person like @himantabiswa who said at a public rally in 2014 that rickshawallah-thelawallah would slap @narendramodi. One shudders to think what BJP leaders would do and say after we complete the Bharat Jodo Yatra!”

What more can be expected of a person like @himantabiswa who said at a public rally in 2014 that rickshawallah-thelawallah would slap @narendramodi . One shudders to think what BJP leaders would do and say after we complete the Bharat Jodo Yatra ! https://t.co/ZegZTzOHLw

Surendra Rajput, the national media panelist of the Congress, said, “Send your account details Himanta @himantabiswa ! I will send 2 rupees… for this shameless tweet.”

First up, on Friday, social media accounts of different BJP leaders shared videos of the containers accommodating the Congress yatris, with comments.

Ambuj Mishra, who identified himself as a ‘BJP Karyakarta’ and is followed by Finance Minister Nirmala Sitharaman, shared one such video and said, “The luxury containers of Congress leaders for Bharat Jodo Yatra.”

The state secretary of the BJP in Tamil Nadu, S J Suryah, claimed in another tweet that “people from interior towns” are being “hired daily & ferried from one point to the next point continuously just to make sure that there are crowds at #RahulGandhi’s Bharat Jokta Yatra sorry… Bharat Jodo Yatra”.

The Congress countered, saying its ‘Bharat Yatris’ were staying in containers with very “basic and minimal” facilities, and accused the BJP IT cell of trying to “defame” its ‘Bharat Jodo Yatra.’

Congress general secretary Jairam Ramesh said it was unlike the 1990 Rath Yatra (led by BJP leader L K Advani) – a Toyota Yatra or an Innova Yatra – ours is a Padyatra. 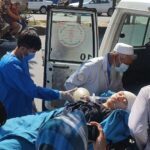