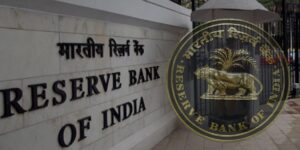 The Reserve Bank of India’s monetary policy committee has raised its key repo rate by 190 basis points since the start of its tightening cycle in May, with net impact of all steps taken resulting in a close to 250 basis points increase, Varma said.

“There is no denying that inflation is unacceptably high but the thing is that we have given a strong dose of medicine and the time has come to wait and see if that medicine works or if we need something even more potent,” he said.

“It might conceivably be adequate. We don’t know because we started acting in April, the effects of which will be seen only in early to mid-2023.”

“So we need to let another quarter pass before we know whether our medicine is working.”

Varma, in his written MPC minutes, had said the country’s economic growth outlook is “very fragile” and warned it could be “dangerous” to push the policy rate much higher.

“I am really worried about the export engine stalling completely.”

With private investments slackening over the last decade, the latest recovery in growth is being fuelled by government expenditure and retail consumer spending.

“Out of four engines, two are gone and we are running on two. And there is a limit to how far the government can keep that engine running because there are fiscal constraints,” Varma said.

Having raised rates aggressively to tackle inflation that has remained well above the mandated 2%-6% target band, further tightening could pose risks to economic growth, particularly given the lags with which monetary policy acts, Varma warned.

“So the urgency to bring inflation down to 5% or below is pretty high and you cannot take two years to do that. That has to happen pretty quickly,” Varma said, adding that he hoped that the tightening already underway would be adequate.

“But once it has come down below 5%, then how quickly you bring it further down to below 4% is really a question of risk-reward.”

Varma said he would prefer the repo rate being held close to 6% for several quarters until inflation is stamped out.

In his minutes, Varma had warned against using monetary policy to manage the fall in the currency, saying the external sector should be managed by other instruments.

Varma pointed out that the current fall in the rupee was on account of the sharp gains in the dollar globally and not on account of India’s economic fundamentals.

India’s inflation is actually lower than several advanced economies for the first time in a very long time, “so I do not see this as a rupee weakness story,” he said.

Further, raising the repo rate to ensure the interest rate differentials remain favourable for India was not a part of the MPC’s mandate, particularly when there was lower risk of it causing imported inflation, he suggested.

“I do not see the threat of inflationary pass-through from the exchange rate to be as bad as what others tend to think.”