Realme Watch 3 Pro review: Is Realme’s latest sub-Rs 5,000 wearable worth its asking price? Find out in our review below.

When the Realme Watch 3 made its debut earlier this year, it came with Bluetooth Calling as its marque feature. Now, Realme has the Watch 3 Pro. That’s right, even smartwatches have a ‘Pro’ variant now. The Realme Watch 3 Pro comes with an AMOLED screen and built-in GPS along with some other changes, but is also priced higher at Rs 4,999. Is it worth that money? Find out in my full review below.

The Realme Watch 3 Pro comes with a great 1.78-inch AMOLED display that delivers sharp colours and deeper blacks than most TFT-display smartwatches. This allows you to enjoy black and other darker watch faces the way they should actually look as well as gives the watch a classier look when its screen is off. When the screen is on, you can enjoy the many good-looking watch faces you get here, some of which are also animated and look really cool.

Of course, the AMOLED screen also enables AoD or Always On Display and you can now enable the feature in analogue or digital, both of which look great. However, you are limited to only these two styles and get no customisation whatsoever, besides being able to schedule it through the day.

The wear detection of the watch also needs some work as I noticed the Always On Display turning on when the watch was placed on a table and a polyester sheet, despite the settings allowing it to turn on only when worn. This could be fixed with an update, though.

Tracking my heart-rate and steps throughout the day was a breeze on the Realme Watch 3 Pro which showed fairly accurate results. This, however, cannot be said for the sleep tracking features which were a hit or miss at times.

The watch also has support for 24-hour heart rate and SpO2 monitoring which is a great addition at this price. For the heart-rate, users will be able to set the watch to take readings every 5, 10, or 20 mins and also alert users if the readings falls below or rises above a set number. 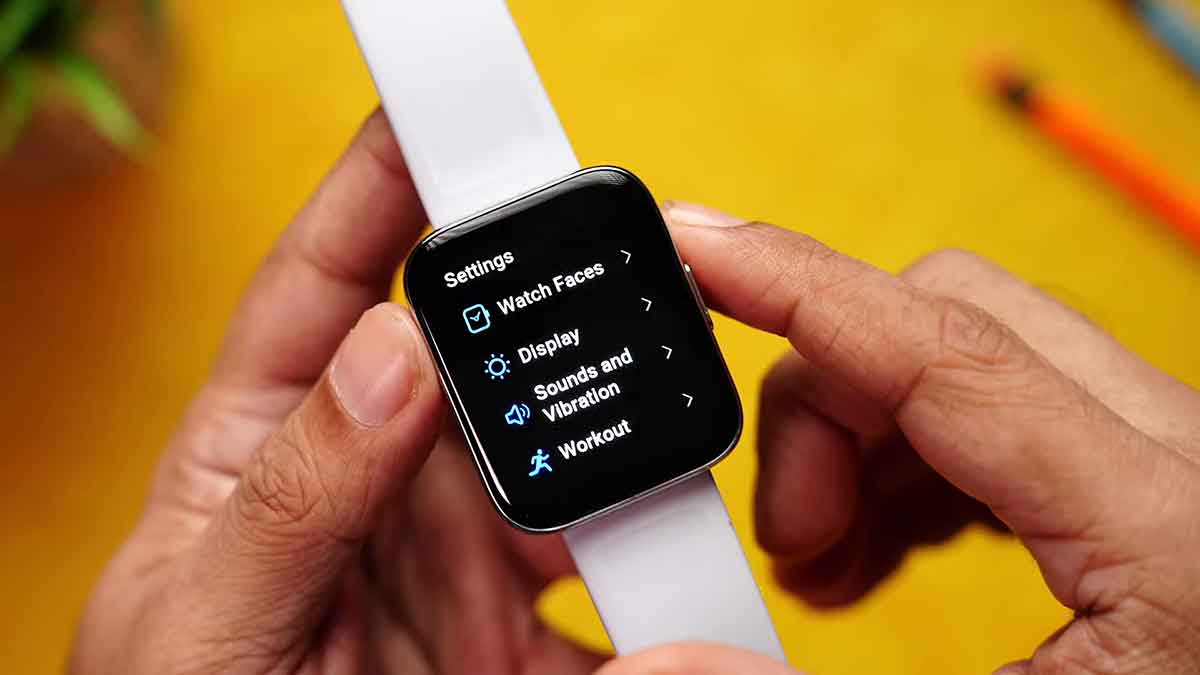 The watch also had a number of other features I found pretty cool. Camera control for instance, lets you take a picture from your phone by tapping on the watch. While this feature has been seen in watches before, it usually is via a custom app and not the phone’s own default camera application. That isn’t the case here, and I was able to use the watch to take shots on my Nothing Phone 1 via the stock camera app. Music playback control also works as expected.

The Bluetooth calling feature on the Realme Watch 3 Pro is really great at this price. The watch can use its built-in microphone and speaker to take calls via Bluetooth directly from your watch and it works perfectly with no issues on the microphone input, or the audio output via the speakers. However, there’s more.

Unlike some cheaper Bluetooth calling watches where the watch behaves like a pair of Bluetooth headphones and reroutes all calls towards themselves, things are different with the Realme Watch 3 Pro. If you receive the call from the phone, you can speak via the phone’s earpiece regularly despite the watch being connected. The watch’s calling mechanism kicks in only when you receive a call from the watch itself. This was very convenient.

See also  Jammu And Srinagar To Get 200 Electric Buses Soon

The Realme Watch 3 Pro can easily last a week with AoD on (with wear detection) and regular use of the heart-rate and SpO2 tracking features. With very heavy use, it should still last 4-5 days at least for most people. It also is pretty quick to charge.

Another great addition here is the proprietary charger. You have a proper magnetic charging pad along with the Realme Watch 3 Pro which is much easier to use and reliable compared to the flimsy-looking magnetic pogo-pin charging you get with most other watches in this price segment. Hence, charging the Watch 3 Pro is much easier.

If you aren’t concerned with aesthetics, this will not be a deal-breaker, but the Realme Watch 3 Pro looks just like any other budget smartwatch despite upping the ante on pretty much every competitor in its segment.

Verdict: Should You Get The Realme Watch 3 Pro?

The Realme Watch 3 Pro is a solid package under Rs 4,999 which gives you a good display, accurate tracking and reliable connectivity via the Realme Link app, with features like smart Bluetooth calling and switching helping it stand out. If you can look past the underwhelming design of the Watch 3 Pro, it is a solid recommendation from me in this segment. A festive offer live on the Realme site right now even lets you get another Rs 500 off the price.

See also  Soon, You Can Emote Digitally Via Avatars As Your WhatsApp Display Pic: Report