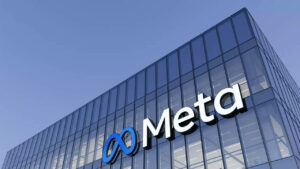 The Facebook parent’s decision follows other tech majors such as Apple, Microsoft, and Google. These firms have frozen hiring or begun handing out pink slips to their staff to rationalise costs and maintain operating margins amid strenuous financial conditions.

“ I had hoped the economy would have more clearly stabilized by now, but from what we’re seeing it doesn’t yet seem like it has, so we want to plan somewhat conservatively,” Zuckerberg told employees during a weekly Q&A session, Bloomberg News reported. He said Meta will reduce budgets across most teams and individual teams will have to resolve how to handle headcount changes. In June, Meta had cut plans to hire engineers by at least 30% this year.

Zuckerberg’s comments follow close on the heels of the World Trade Organization’s (WTO) admission of a recession around the corner.

On Tuesday, WTO chief Ngozi Okonjo-Iweala said that the world is heading towards a global recession due to multiple colliding crises, and called for policies to revive growth.

Addressing WTO’s annual public forum in Geneva, she said: “I think there is a global recession. That’s what I think we are edging into. But at the same time, we have to start thinking of recovery. We have to restore growth.”

Publicly-traded IT stocks have taken a beating since the beginning of the year resulting in poor performance in the first two quarters of the calendar year.

See also  Apple iPhone 14 Calls 911 On Rollercoasters When ‘Crash Detection’ Is On: Report

According to data compiled by Crunchbase, over 32,000 workers in the US tech sector across Big Tech firms such as Microsoft and Meta have been laid off in mass job cuts till late July. The layoff includes ride-sharing platform Uber, Netflix, and several cryptocurrency exchanges and lending platforms.

What’s worse is that any sort of recovery, particularly in the tech sector, seems far from sight.

In a rare move in August this year, Apple fired about 100 contract workers to rein in its hiring and spending, as highlighted by the tech major’s chief executive Tim Cook during the firm’s second-quarter earnings call, calling the move ‘deliberate’.

“We believe in investing through the downturn. And so we’ll continue to hire people and invest in areas, but we are being more deliberate in doing so in recognition of the realities of the environment,” Cook told analysts.

In an internal email to his staff, Cook’s peer and Alphabet CEO Sundar Pichai, too, announced that Google would freeze hiring for the rest of the year.

“Moving forward, we need to be more entrepreneurial, working with greater urgency, sharper focus, and more hunger than we’ve shown on sunnier days,” Pichai wrote. “In some cases, that means consolidating where investments overlap and streamlining processes.”

It’s worrying to note that this is possibly the first time since the 2008 financial crisis that Apple and Google have trimmed their headcount and gone on a hiring freeze, making it evident that the financial risk-immune Big Tech firms are now bracing severe headwinds.

Microsoft, which fell short of the expected quarterly earnings in June, has also taken a similar path. First, it laid off 1% or 1,800 employees in July, and then it showed the door to 200 more employees from one of its customer-focused R&D projects in August.

In May, Microsoft executive vice president Rajesh Jha informed his staff in an email that the firm would slow hiring in its Windows and Office divisions and the Teams chat and conferencing software groups.

With the US Federal Reserve battling hard to combat surging inflation and global macroeconomic conditions yet to pick pace on the road to recovery, the worst seems far from over for the Big Tech firms.