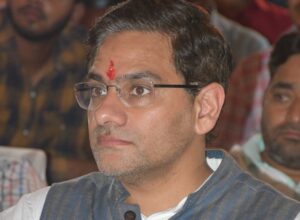 A special investigative team (SIT) constituted to investigate the alleged conspiracy to kill Uttarakhand minister Saurabh Bahuguna has started the investigation in Sitarganj of US Nagar, an officials said.

“A team of SIT reached Sitarganj on Friday and started an investigation. Our local SIT will cooperate in the investigation,” said Manjunath TC, senior superintendent of police (SSP), US Nagar on Saturday.

Four accused were arrested by the Sitarganj police on Monday.

The US Nagar police formed a SIT to investigate the case but a SIT at government level had also been constituted for deep investigation. The team headed by special task force (STF) additional superintendent of police Swapan Kishore Singh arrived here on Friday. The team checked relevant documents regarding the case and investigation, the official said.

Dwivedi alleged that Hira Singh, a resident of Sisona village in Sitarganj who is lodged in Haldwani jail for stealing grain and is involved in illegal mining, had a vendetta against the cabinet minister as he considers him to be responsible for sending him to jail and ruining his illegal trade. He hatched a conspiracy to kill the minister.

Hira gave a contract to Guddu for ₹20 lakh to kill the minister and paid ₹7 lakh in advance. Guddu had connections with Uttar Pradesh based shooters. Before they could succeed in their conspiracy, they were arrested by the police.

Some more names can emerge in the case during investigation, said Manjunath.