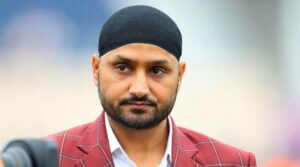 Harbhajan has picked five batters, one all-rounder, two spinners and three pacers in his playing XI for India vs Pakistan match in T20 World Cup on Sunday.

The T20 World Cup has begun with much fanfare in Australia and already the tournament has seen a few surprises and upsets. The likes of Namibia and Scotland have punched above their weights to beat bigwigs Sri Lanka and West Indies respectively. One can only imagine the level of competition once the Super 12 stage begins on October 22, Saturday with a match between hosts and defending champions Australia and last year’s runner-ups New Zealand at rhe Sydney Cricket Ground.

An India and Pakistan match adds another level of excitement to the platter. As India is all set to face off Pakistan on Sunday, speculations are rife on what India’s playing XI would be against the arch-rivals. With so many experiments to India’s playing XI in T20I games in recent times, it’s a bit difficult to guess but former India spinner Harbhajan Singh has weighed in on the eleven players who would play in the blockbuster clash against Pakistan.

Harbhajan has picked five batters, one all-rounder, two spinners and three pacers in his playing XI.

“I feel the team is straightforward. I feel Rohit Sharma, KL Rahul, Virat Kohli, Suryakumar Yadav, Hardik Pandya, Dinesh Karthik and Axar Patel will be in the team. Yuzi Chahal will play along with them. After that Arshdeep Singh, Bhuvneshwar Kumar and Mohammad Shami,” Harbhajan Singh told Star Sports.

Senior off spinner Ravichandran Ashwin and left handed batter Rishabh Pant don’t feature in Harbhajan’s XI. The former India cricketer has also excluded Harshal Patel who was a regular in India’s matches in the lead-up to the marquee tournament. Batting all-rounder Deepak Hooda who is a part of India’s squad, also failed to make the cut in Harbhajan’s XI.

“This is my choice. Harshal Patel might not get a chance. I feel Deepak Hooda and R Ashwin will not get a chance in the first few games. I am seeing this as the starting XI,” the 42-year old said.

The former India spinner was all praise for senior pacer Mohammad Shami who replaced injured Jasprit Bumrah in the squad and made a sensational comeback by picking three wickets in just one over in the warm-up match against Australia.

“Shami getting fit is a good sign for the Indian team. The style of bowler he is, experience matters a lot on the big stage. Shami’s role becomes even bigger with Bumrah not being there. We hope that he lives up to those expectations,” he said.

Harbhajan explained the importance of Axar over Ashwin and highlighted that Ashwin might not get a chance in initial matches as Axar Patel currently has an advantage.

“I don’t think R Ashwin will get a chance because the batting looks slightly long with Axar Patel’s presence. If Axar Patel doesn’t play, you cannot depend so much on R Ashwin’s batting in T20Is, he is good in the longest format,” he added.

While Pakistan are high on confidence after their triumph in the tri-nation series in New Zealand, India had a great run into the tournament with two wins in three warm-up matches and home series wins against South Africa and Australia. The stage is all set in Melbourne Cricket Ground for an enthralling contest between the two giants of cricket.