Users can also rearrange layout of their media while composing a post, says social media company 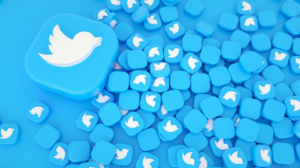 Users can add a combination of media to their posts using Twitter’s Android and iOS apps. Tweets with different content types can be consumed on all platforms.

“That means you can include a photo, GIF, and video (or two!) all in the same Tweet. Tap the photo icon in the Tweet composer to start mixing your media,” said the official Twitter handle.

Previously, users could share different media formats only in separate tweets or threads. When people compose a post now, they can select and upload a combination of up to four types of media—photos, memes, GIFs, and videos—and publish them all together. They can also rearrange the layout of their media while composing the Tweet.

“Sometimes one needs more than 280 characters to express personality, tell a compelling story or engage in conversation. So starting today, Twitter is giving everyone the ability to share multiple types of media – gifs, photos, videos, and memes – in a single Tweet. This feature will roll out globally to iOS and Android, with a chance to see mixed media Tweets on the web,” Twitter said in a press release.

The new update comes a week after Twitter rolled out two updates to make it easier for people to discover and watch videos. It introduced a new video carousel in the Explore tab and a new immersive video player.

The Explore tab video carousel helps one find more videos they would like alongside tweets and trends that might interest them. It is available to people in select countries using Twitter in English on iOS and Android.

On the other hand, the updated immersive media viewer expands videos to full screen with a single click, making Twitter the latest social media platform shifting its focus to vertical, reel-style videos.

“This update complements the rollout of two new video products—full-screen videos and a new video carousel in the Explore tab—that help make it easier than ever for people to find and watch what’s happening on Twitter,” Twitter said in a blog post.