In the wake of a financial markets selloff, the government said it was working closely with the Bank of England 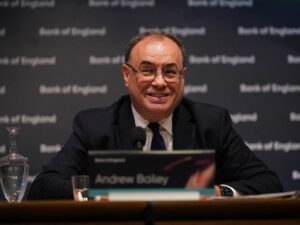 The U.K. government, after a punishing week for the pound and bond market in London, tried Tuesday to reassure investors that it is working to better coordinate with the Bank of England as Prime Minister Liz Truss’s tax cuts and energy subsidies complicate efforts to control spiraling inflation.

“We are working very closely now,” he told a round table of executives from major banks. He also tried to reassure investors that his government, which last week sparked a financial markets selloff by announcing the biggest tax cuts in a generation, in addition to new spending, hadn’t lost fiscal discipline and had a credible plan to cut debt in years to come, adding that “with close cooperation with the Bank—our approach will work.”

“Clearly, there is a fundamental conflict between the Truss government’s so-called growth program of large-scale spending and the bank’s need to reduce inflation,” said Adam Posen, president of the Peterson Institute for International Economics and a former BOE policy maker.

Efforts by both the government and central bank to calm markets Tuesday had mixed results. The pound closed largely unchanged after one of its largest two-day declines on record, a drop that will further stoke inflation by raising the price of imports. Borrowing costs for the U.K. government continued to rise, with the yield on the benchmark 10-year U.K. bond rising 23 basis points to 4.51%.

The International Monetary Fund on Tuesday said it was closely monitoring the situation in the U.K. It said that, given high global inflation, “we do not recommend large and untargeted fiscal packages at this juncture, as it is important that fiscal policy does not work at cross-purposes to monetary policy.”

In a sign of how the market turbulence is affecting the economy, at least six U.K. mortgage lenders stopped offering some loans or briefly suspended lending to home buyers altogether on Tuesday, uncertain about how the turmoil will affect interest rates, according to UK Finance, an industry trade group.

Unlike in the U.S., where mortgages with a 30-year fixed rate are prevalent, most households in the U.K. only pay a fixed annual interest rate for two or five years, after which their loan resets to pay a floating rate linked to benchmark borrowing costs.

Most economists now believe the central bank will have to raise its key interest rate further and faster than it had previously thought likely. In a statement Monday, Mr. Bailey signaled that policy makers are likely to announce a larger increase than in any of the seven it has implemented since December.

“There is concern about a lack of coordination,” between the BOE and the Treasury, says Raoul Ruparel, a former U.K. government adviser and director for Boston Consulting Group’s Center for Growth. “Noone knows which one is going to win out and that causes anxiety,” he adds.

The big question is how high rates must rise to control inflation. If the key benchmark rate rises to around 3% or 4% from a current 2.25%, that might not dramatically impinge growth, said Mr. Ruparel. If rates go up to 6% or higher, then the housing market could crash and the economy could be pushed into recession. 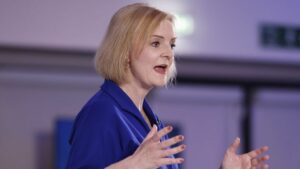 For former central bankers, the government is the clear source of the current market anxiety. In an interview with the BBC, former Bank of England deputy governor Charles Bean said the government should have started with reforms to boost economic growth and only cut taxes when that growth materializes.

“The sequencing here that the government chose is wrong,” said Mr. Bean. “It now costs the U.K. more to borrow over 10 years than Italy or Greece, who we’ve traditionally thought of as being weaker performing sovereign entities.”

The surge in inflation around the world since early 2021 has made it more difficult for governments and central bankers to push in the same direction. Governments want to help households weather the surge in energy prices without hardship, but any help they give risks keeping inflation higher for longer.

The policy clash marks a fresh setback in the relationship between the government and the central bank that began to sour around the U.K.’s vote to leave the European Union in 2016.

When the government gave the BOE’s Monetary Policy Committee independent control over interest rates in 1997, there was a clear separation of roles. By convention, neither side commented on what the other was doing, in public at least.

Nevertheless, the two worked in tandem to respond to economic fallout from the global financial crisis, with the government seeking to cut borrowing as the central bank kept rates low to support growth. In May 2010, then-bank Governor Mervyn King went so far as to endorse the spending cuts planned by the new, Conservative-led government, a move that critics said risked breaking with the 1997 convention.

However, the relationship between some Conservative lawmakers and the central bank became troubled when BOE policy makers warned that the decision to leave the EU would likely weaken the pound and economic growth. Nevertheless, the central bank continued to support government measures during the pandemic, when it launched a new round of government bond purchases to help keep borrowing costs down as the government spent hundreds of billions of pounds to support households and businesses.

During her campaign to become leader of the Conservative Party, Ms. Truss frequently criticized what she called “treasury orthodoxy” and said she might review the BOE’s inflation targeting mandate. Since becoming prime minister her tone has softened, with Mr. Kwarteng saying he still endorsed the BOE’s independence.

“I think it would be completely wrong for me as a politician to say what I wanted interest rates to be and to countermand the Bank of England,” she said earlier this month.