An article written by a London-based correspondent and published by the New York Times accuses India of inciting the unrest in Leicester, United Kingdom 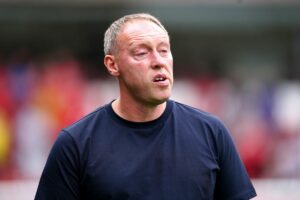 In a major development, an article written by a London-based correspondent and published by the New York Times accuses Indians of inciting the unrest in Leicester, United Kingdom. At the beginning of the article, it highlighted that people from many cultures and nations have lived side by side for decades in this central English city, which is a testament to the diversified and sizeable South Asian population. However, the rest of the article portrays “ugly divisions” between religious groups across UK and the Indian diaspora.

The US-based daily’s article revealed that last month, there was a clash in the streets between groups of predominantly Hindu and Muslim men, which turned into fights and altercations with the police. According to the NYT report, a group that was primarily made up of Hindu men shouted anti-Muslim slogans as they packed into a mosque. Further, mask-wearing men tore down flags in front of a Hindu shrine as retaliation.

As per the article, experts asserted that this is only the most recent illustration of “how the toxic politics gripping India — leading to the persecution of Muslims, Christians and other religious minorities — has migrated to other parts of the world.”

The outlines ‘ugly divisions’ among the Indian diaspora

Furthermore, serious splits are starting to appear within the Indian diaspora. Giving examples, the article highlighted that this summer, at a parade in a New Jersey town, a bulldozer—which has come to represent the persecution of India’s Muslim minority—was wheeled down the street, which many found offensive. Attacks on Sikh men in Australia last year were associated with extreme nationalist ideology. Canadian professors reported getting death threats in April to UKTN News after condemning the rising Hindu nationalism and violence against minorities in India.

The article further stated that there has been a major rise in violence against minorities in India, primarily Muslims but also Christians, as per human rights monitors. According to experts, Prime Minister Narendra Modi has generally remained silent in the face of this violence.

In addition to this, the article titled, “Tensions that raged the English city have roots in India” has highlighted the online reports which surfaced after a group assaulted a young Muslim man in May, urging him to defend his religion before doing so. Later, a Sikh man was attacked in the city as well. It also noted the violence which was purportedly triggered on August 28 after India defeated Pakistan in the Asia Cup T20 match. It said, “By the time of an August cricket match between India and Pakistan – long a heated rivalry – tensions were high, driven in part by rumours on social media and messaging apps.”

Meanwhile, in protest of The Guardian’s coverage of the racial unrest in Leicester, Birmingham, and other places, protesters have assembled in front of the newspaper’s London headquarters. “Hindu Lives Matter”, “Stop Spreading Fake News”, “Hindu is Peace”, and “Stop Putting Lives at risk” placards were carried by dozens of protesters.

In September, there were reports of violence in Leicester, when organized groups were spotted terrorising and vandalising Hindus. The situation became worse when a person targeted a Hindu temple on Melton Road in Leicester and tore down a flag outside the temple. Videos also showed attacks on religious icons and glass bottle hurling. According to reports, the cycle of violence began on August 28 when India defeated Pakistan in the Asia Cup T20 encounter.

Following Leicester, reports of community conflicts also surfaced in Birmingham and Smethwick, when protesters could be seen scaling temple walls and yelling meaningless chants. A number of people have been arrested in relation to the events.