The Indian rupee continued to depreciate as it hit the all-time low of 81.63 against the US dollar on Monday. Even though it doesn’t spell bad news for all the sectors, what will be the implications? 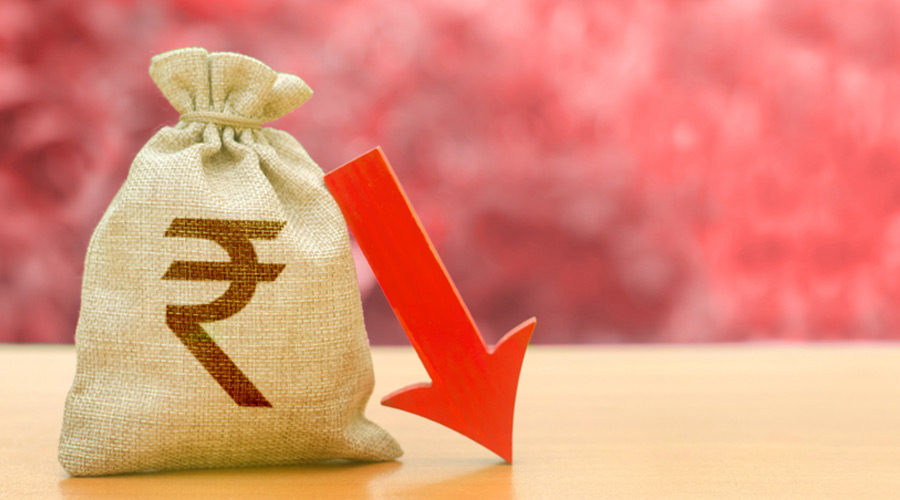 The Indian rupee sank to a new record low on Monday against the US dollar as the greenback’s unabated strength wreaked havoc on financial markets across the globe amid fears over more aggressive monetary tightening.

The local unit weakened by 63 paise to end Monday at 81.63 per dollar, against 80.99 at the previous close. The rupee has depreciated 9.7% against the US dollar year-to-date.

On September 21, the US Federal Reserve not only hiked rates by 75 basis points — taking the total tally of rate hikes since March to 300 bps — but also hinted at a longer monetary tightening cycle than earlier expected.

Since then, the rupee has gone from one of the world’s best performing currencies to one of the worst. The dollar index, which has gained a massive 22% so far in 2022, surged to a fresh 20-year high of 114.50 early Monday.

The rupee has depreciated 2% versus the dollar since September 21, ranking among the worst-performing emerging market units. Over the time period, it has fared worse than 14 other emerging market currencies, with only the South Korean won losing more versus the US dollar.

Prior to September 21, the rupee had outperformed many of its peers, primarily on account of heavy market interventions by the RBI.

The RBI has aggressively defended the rupee through sales of the US dollar since the Ukraine war broke out in late February. India’s forex reserves have fallen by almost $100 billion from their peak of $642 billion in October 2021. As on September 16, they have dropped to a near-2-year low of $545.65 billion

Some part of the fall in reserves is due to revaluation changes. The import cover provided by the reserves have reduced to 9 months from close to 15 months a year ago.

Rahul Bajoria, Chief India Economist, Barclays Bank says, FY23 CAD at just above 3% of GDP is seen as sustainable. Fall in commodity prices higher than rupee decline. Full pass through to consumers to happen over next 3 months.

The rupee dropping to a record low may be a mixed bag as far as exports are considered. If rupee’s depreciation continues, Indian exporters stand to gain. However, the gain would have been much more if the Indian economy was less import-dependent, experts said.

As a result, products across segments such as petroleum, gems and jewellery, and electronics may not gain much as they are import-dependent. Besides, there is always a risk of imported inflation, if the rupee falls too much.

As India is 85% dependent on imports to meet its oil needs, a weakening rupee will make its purchases expensive, further fueling inflation which has remained above RBI’s upper tolerance band for eight consecutive months.

India’s trade deficit more than doubled to $28 billion in August due to increased crude oil imports. Imports rose by 37% while exports rose marginally by 1.62%. This puts pressure on the current account deficit.

Economists at HDFC Bank expect the RBI to continue with significant intervention to stall rupee depreciation pressures, especially as and if it moves towards 82 levels. According to them, the RBI has ample forex reserves and the recent drawdown in reserves needs to be seen in context of the significant build-up over the last two years.

The RBI does not want the rupee to depreciate so quickly that India loses out on the benefit of lower crude prices in a significant way.

But most currencies including rupee have depreciated due to dollar’s strength. There may be an argument therefore to let the rupee depreciate further to preserve India’s export competitiveness relative to its trade competitors.

The central bank has a tough balancing act on its hand.