A study shows that glucose levels in diabetes reduce levels of the body’s natural antibiotics, the anti-microbial peptide psoriasin, an important barrier against infection. ‘Once the blood sugar is high, it spills into the urine. The urine sugar contains glucose and bacteria can grow rapidly in this medium. Hence chances of UTI are high,” says noted diabetologist Dr V Mohan. 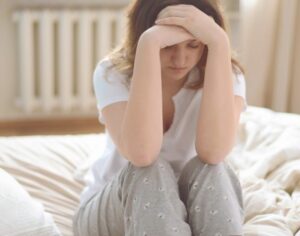 Did you know why diabetics are more prone to urinary tract infections (UTIs)? According to a new study, high blood glucose levels result in a relative lack of psoriasin, an important natural antibiotic that protects against urinary tract infections. The researchers also demonstrated that topically applied estrogen cream could help restore the levels of psoriasin in women.

The study, conducted by researchers at Sweden’s Karolinska Institute and published in Nature, investigated the mechanism behind glucose effect and found glucose levels in diabetes reduce levels of the body’s natural antibiotics, the antimicrobial peptide psoriasin, an important barrier against infection. Why this study is significant is because this particular protein is supposed to be a frontline defence against certain bacterial infections. It inhibits the binding of bacteria to epithelial and endothelial cells. Then they cannot grow or multiply. And the research shows how this falls drastically in diabetics compared to concentrations in normal people.

Why is a diabetic more prone to infection

Dr V Mohan, noted diabetologist and chairman and chief of diabetology at Dr Mohan’s Diabetes Specialities Centre, says infections in general and UTIs in particular are very common in people with uncontrolled diabetes. “Once the blood sugar is high, it spills into the urine. The urine sugar contains glucose and bacteria can grow rapidly in this medium. Hence chances of UTI are high,” says he. “Also the immune system is slower in diabetics due to high sugar levels. The body’s defence mechanism is compromised,” adds Dr Mohan.

“When it comes to women, there could be high glucose levels in the genital tract and hence there could be chances of infection or itching in the vaginal region. Whatever be the mechanism, the underlying principle should be good control of sugar. It is important to control diabetes and prevent these secondary infections,” he says. For women in their 50s and beyond, estrogen creams can help alleviate dryness.

Describing the study as new, Dr Anoop Misra, Chairman, Fortis CDOC Center for Diabetes, says, “Recurrent urinary infections in uncontrolled diabetes are a real management problem, requiring powerful antibiotics. This study points to what can be done as a preventive measure. it proves that estrogen cream application could offer a preventive measure. The study opens the door to look at more preventive protocols.”

Why UTIs are worrisome for diabetics?

Diabetics are concerned about UTIs because they manifest severely in them. UTIs have been known to cause serious kidney problems among diabetics like renal abscesses, emphysematous cystitis and pyelonephritis and renal papillary necrosis.

The researchers analysed urine, urinary bladder cells and blood serum samples from adult volunteers who were non-diabetic or who had prediabetes or diabetes. The analysis revealed that participants with prediabetes or diabetes had reduced levels of psoriasin. The researchers confirmed the findings in follow-up studies using mice with Type 2 diabetes and human uroepithelial cell lines.

The current study’s results are in line with earlier studies that showed how post-menopausal women, with low levels of estrogen, are at a higher risk of developing UTIs. And how application of creams decreased their risk of contracting them. Besides, topical treatment with estrogen is considered safe as it does not get absorbed systemically and has very few side effects.

And till you get your blood sugar levels under control, practise the flushout regimen by drinking water abundantly. You can prevent microbes from getting to the rectum by avoiding constipation and consuming enough fibres and fruits.

Cranberry juice is usually recommended because the acid level may kill bacteria. The study researchers are investigating if we are able to find ways to increase psoriasin in the urinary bladders.